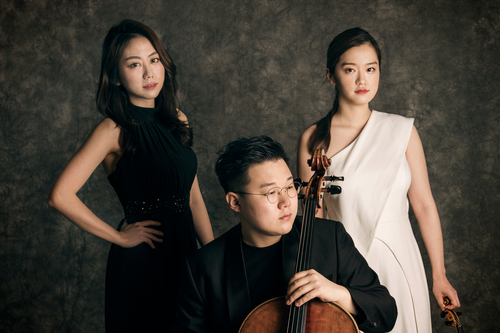 The Lux Trio has won many prizes: the Alice-Samter Stiftung Kammermusikwettbewerb (2016), first prize at the Artsylvia-Foundation Chamber Music Audition 2017 in South Korea, the Gasteig Musikpreis (2018) in Munich followed by the Third Prize, Audience Prize and Best Prize for the interpretation of the commissioned composition, plus two more special prizes at the 62nd ARD Music International Competition in Munich - the first Korean piano trio to achieve this.

The Parkhouse Award is supported by the Gordon Foundation, The Tertis Foundation and The Adrian Swire Charitable Trust

The Parkhouse Award was founded in 1990 by friends and colleagues of David Parkhouse to perpetuate his memory and the outstanding contribution he made to the performance of chamber music in Britain and abroad. It is a prize for outstanding young ensembles which have been performing regularly during the two years prior to the competition, and the winning ensemble is given the opportunity to launch its career in the most positive way possible with concerts in prestigious venues. The Grieg Trio were the first winners, in 1991, and the competition has been held on alternate years ever since. David Parkhouse was founder member of the Music Group of London, with Eileen Croxford and Hugh Bean, which performed and recorded extensively in the UK and abroad. They celebrated their 35th anniversary at Wigmore Hall in 1987 when they were in the unique position of being the longest-standing piano trio in the world.