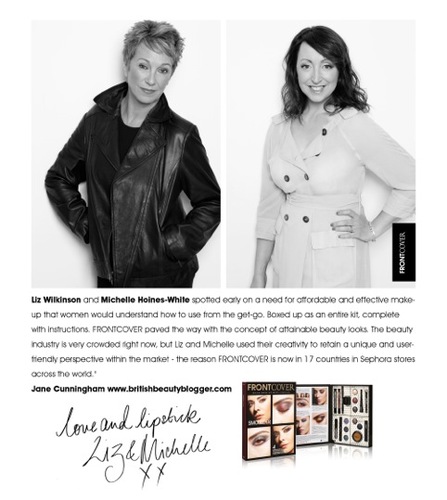 Frontcover Cosmetics was created by Liz Wilkinson and Michelle Hoines-White and launched in 2008 in the UK exclusively in Boots stores where it was an immediate, sell out success. In May 2013 a major US investor was brought into the business as the majority shareholder and in March 2014 Liz and Michelle completed their exit from the business, leaving their brand riding high in 17 countries with the world’s biggest beauty retailer, Sephora.

Renowned beauty blogger and journalist Jane Cunningham (www.britishbeautyblogger.com) was an early adopter of the brand and says, "It's hard to believe how Frontcover has blossomed! Liz Wilkinson and Michelle Hoines-White spotted early on a need...