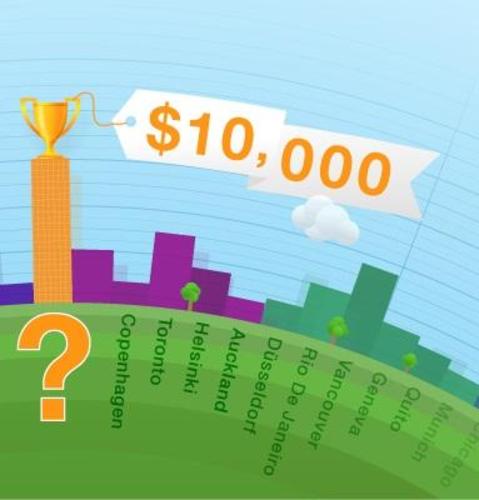 The EIU’s Global City Liveability Index ranks 140 cities worldwide based on factors such as stability, healthcare, education and infrastructure. Its data-driven analysis sparks debate on urban issues globally. Its Worldwide Cost of Living Index uses the prices of products and services to compare the cost of living in 140 world cities.

Now the EIU wants to hear your views on what makes a city great. Is it considering the right factors? In your opinion, which ones has it overlooked? In a gesture of openness, the EIU is releasing its liveability and cost of living data on BuzzData.com and challenging anyone to mine, mix and mash it up to create fresh perspectives on what makes a city truly great.

The winner will receive $10,000 for proving where the best city in the world is using data and a visualisation.

The Best City in the World competition launches January 31, 2012, when the EIU will release two datasets on BuzzData:

The EIU and BuzzData will be accepting submissions for its Best City in the World competition until March 4, 2012. Submission guidelines and further details can be found at http://buzzdata.com/best-city-contest.

Press inquiries and other questions can be sent to contest@buzzdata.com

The Economist Intelligence Unit operates as an independent business within The Economist Group and shares a steadfast commitment to clarity and independence of thought with its sister organisation, The Economist. For more than six decades, the EIU has been delivering impartial business intelligence to its clients, equipping decision-makers with insight they can trust.

BuzzData is the Web’s most popular way to share and disseminate data. BuzzData gives every data set a home where people can interact with it and discover the story the data tells. BuzzData is the best way to communicate data privately within your team or organization, managing revisions, associated files, derivative works, social feeds and data-oriented tasks. Create and access data manually or programmatically, run projects and collaborate with teams in the world’s fastest-growing bespoke data-sharing platform.