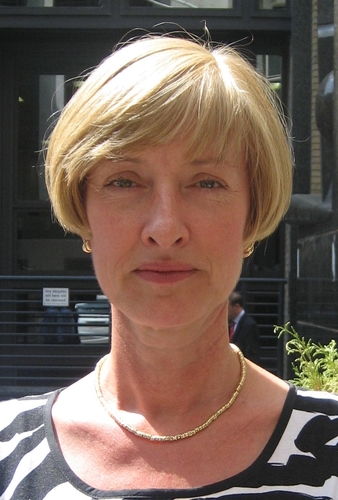 Performance for the controversial metal-on-metal (MoM) hip replacement devices continues to create cause for concern, particularly in women, according to this year’s National Joint Registry (NJR) Annual Report.

Revision rates (how likely it is that a patient will need an operation to remove and usually replace a prosthesis) for the devices are by far the highest for the two main categories of MoM hip devices. These two are divided into ‘Resurfacing’ devices and those known simply as ‘Metal-on-Metal’.

For ‘Resurfacing’, the report reveals latest revision rates of 11.81% and for ‘Metal-on-Metal’ as high as 13.61%. Against these, rates for the non-MoM hip prosthesis types ranged from 3.31% to 4.94%. Devices have been monitored on the NJR since 2003. The latest figures reflect the performance on the registry data at one, three and five year intervals (to December 2010).

For women, the picture is even starker. Gender-based statistics are analysed at one, three and five years after devices are first implanted. At five years, revision rates for a 60-69-year old female with a resurfacing device are 12.01% and it is 7.34% for the general MoM devices. Meanwhile, the same statistics for men came in at 7.06% and 5.48%. Non-metal-on-metal five-year revision rates for females aged 60-69 range from 2.02% to 3.19%. (Note: The overall average age for hip replacement patients is now 67).

In 2010, figures from the NJR led to the worldwide recall of the DePuy ASR metal-on-metal device, which had proved particularly poorly performing.

“These results, along with all the other analysis in the Annual Report, again illustrate how the National Joint Registry is fundamental in informing clinical practice,” stated HQIP National Development Lead Elaine Young, who oversees management of the registry. “Our work regarding metal-on-metal is ongoing, with an in-depth study commissioned via one of our Research Fellows and our involvement with the joint working group on metal-on-metal, alongside the government’s Medicines and Healthcare products Regulatory Agency and the British Orthopaedic Association.”

The NJR is the largest database of its kind and includes 1.1million records covering hip, knee and ankle joint procedures in England and Wales, carried out since 2003 (1 April 2010 for ankles). This year saw the largest ever number of single-year submissions (179,450) and the highest-ever patient consent rates, with 88.6% of patients consented to having their information recorded.

July saw the NJR’s position as a crucial resource reinforced further with confirmation from the Department of Health that data submissions to the registry are now mandatory under the NHS Standard Contract for Acute Services as of 1 April 2011. The NJR is one of 29 projects that make up the National Clinical Audit and Patient Outcomes Programme (NCAPOP), managed by the Healthcare Quality Improvement Partnership (HQIP).

In the key findings from the report (below), the trend for knee and hip replacement patients toward poorer health and a growing BMI continued this year, although increases on the whole were slight.

Despite this, the report does also present evidence that post-surgery mortality rates for knee and hip replacement patients remained very low: average 90-day risk of death rates for hip replacement patients was 0.6% and 0.4% for knee patients.
“In a period that saw the highest-ever number of procedures recorded, it is powerful testament to surgeons that 90-day mortality rates remain so low,” commented Professor Paul Gregg, Vice Chair of the NJR Steering Committee. “Looking ahead I am delighted data submission to the NJR is now mandatory, so all patients will be given the opportunity to have details of procedures recorded.”

KEY FACTS FROM THE 8TH ANNUAL REPORT FROM THE NATIONAL JOINT REGISTRY:

• 2010/11 saw the National Joint Registry of England and Wales – the largest resource of its kind in the world – pass the one million-record mark. The NJR now contains data from more than 1.1m hip, knee and ankle replacement procedures
• 2010/11 saw the largest single-year submissions ever – 179,450 records added to the NJR
• Highest-ever rates of patient consent (patients agreeing to have details of their surgery recorded on the registry) – 88.6%
• Ankle data included in the report for the first time

• In 2010, there were 76,759 hip replacement procedures recorded
on the NJR, representing a 6% increase compared with the same reporting period last year
• Hip replacement patient demographics in terms of age and gender distribution have not changed substantially since 2003 (when the registry began reporting data). In 2010/11, 31% of patients were 75 years of age and above, 35% between the ages of 65 and 74, 23% between the ages of 55 and 64 and 12% below the age of 55
• This year, the ASA distribution (the measure of how fit and healthy a patient is used in analysis of NJR data) for hip replacement patients was similar to last year with 16% being regarded as fit and healthy prior to surgery (17% in 2009). However, there continues to be a decrease in patients regarded as being fit and healthy prior to surgery, (ASA grade 1)
• The average body mass index (BMI) for hip replacement patients has increased to 28.5, compared with 27.3 in 2004. It appears NHS hospitals are dealing with less fit patients, with 20% being ASA grade 3 or 4, compared with 7% in independent hospitals, 14% in NHS treatment centres and 6% in ISTCs. This suggests average hip prosthesis recipients have become less fit and more obese during the eight years the NJR has been recording data

• The number of knee replacement procedures recorded on the NJR during 2010 was 81,979, which represents an increase of 5.7% compared with 2009
• The ASA grades for knee replacement patients indicate that less fit patients were treated in NHS hospitals with approximately 19% being ASA grade 3 or 4, compared with 8% in independent hospitals, 13% in NHS treatment centres and 8% in ISTCs
• For the first time this year, the average male having knee replacement procedures was classed as obese on the BMI scale, with a rating of 30.03. Women moved into the 30+ ‘obese’ bracket of the scale in 2007/8 and this year the average female TKR patient had a BMI of 31.15

• The NJR started to collect total ankle replacement primary and revision procedures on 1 April 2010. In total 358 primary and 24 revision procedures were submitted during the nine months covered by this report. Due to the small number of procedures the information supplied in the tables is given in a more abbreviated format than is provided for hips and knees
• For primary procedures (when a device is fitted for the first time), 56% of the patients were male. The overall average age of an ankle replacement patient was 66.8 years and had an average BMI of 29.9

ABOUT THE NJR: The National Joint Registry (NJR) of England and Wales was established in 2002 and is managed by the Healthcare Quality Improvement Partnership (HQIP) on behalf of the Department of Health as part of the National Clinical Audit and Patient Outcomes Programme (NCAPOP).

Its purpose is to define, improve and maintain the quality of care of individuals receiving hip, knee and ankle joint replacement surgery across the NHS and independent healthcare sector. The registry helps to monitor the performance of these implants and the effectiveness of different types of surgery, improving clinical standards and benefiting patients, clinicians and the orthopaedic industry.

Photography and interviews: To arrange interviews and request photography, please contact HQIP Communications Manager James Thornton on 020 7469 2522, 07984 383346 or via james.thornton@hqip.org.uk