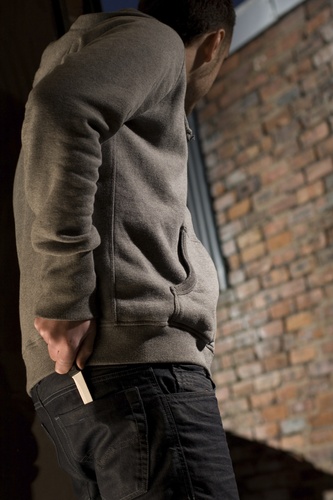 The biggest fear for parents is their children getting involved in a gang, violence or knife crime when they go out and about on their own, according to a new survey.

The survey, carried out by PleaseCallMe with over 1000 mums and dads across the UK with children aged 8-25 years old, revealed the primary fear for four out of five (79%) parents was their children getting caught up in gangs, violence and knife crime. One in ten of those surveyed biggest worry was drugs, whilst only 2% were concerned their offspring might be having sex.

Phoebus Van Deventer, from PleaseCallMe, commented: “As a parent myself, I know it’s impossible and unrealistic to keep an eye on my kids all the time. However, like parents nationwide, especially with all the harrowing media reports about gang culture, it doesn’t stop me worrying about what they might be up to or who they are getting involved with.”

Despite these fears, it seems the biggest stress for parents is not hearing from their children when they are out with their friends. 85% of those surveyed though have peace of mind knowing their kids can get in touch with them via a mobile phone.

That said, over half of mums and dads said they have received the excuse from their child that they have failed to contact them because they had run out of credit on their pay-as-you-go mobile.

PleaseCallMe has been specifically created to combat this. The brand new and completely unique service allows children to get in contact with their parents from their pay-as-you-go mobile phones when they have run out of credit.

Continued Phoebus: “It’s extremely common that children will use the standard reverse call if they need to get hold of their parents, which can cost £3.50 for the first 30 seconds and 50p per 30 seconds thereafter.

“This is a similar idea through text messaging but at a fraction of the cost. All parents need to do from their own phone is text REGISTER with their child’s mobile number to 67600. Then, if their child has run out of credit and they need to get in touch, the service enables a message saying ‘pleasecallme’ or a personalised message to be sent. The cost is 50p which is paid for by the parent.”

Whilst PleaseCallMe is completely new to the UK, a similar service in South Africa generates 20 million messages a month.

The research for Please Call Me was carried out online by Tickbox.net/Opinion Matters amongst a nationally representative sample of 1007 Parents with children aged 8 – 25 years old. Tickbox.net adhere to and follow the codes of the MRS (Market Research Society) and are fully registered and compliant with the Data Protection Registrar.

For more information contact Russell Clarke on 0121 454 9707 or email russell.clarke@hroc.co.uk