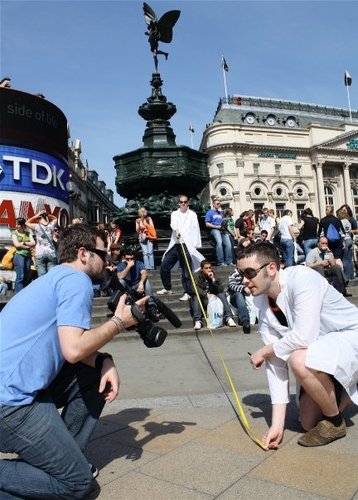 A new short film from film director Paul D Greig promises to have found one of the most romantic places on planet Earth - Piccadilly Circus.

The millions who have passed by the Statue of Eros (or his twin Anteros if you want to be pedantic) have probably never realised that his arrow had already been fired from the bow.

BUT FEW EVER ASKED ‘WHERE DID IT LAND’?

Greig not only films the ‘working out’ of where the arrow landed but then discovers that this small spot on ‘Shafts Bury’ Avenue is probably the most romantic place a person could ever stand - ever!

Dozens of people are filmed standing on the spot and made unable to leave until they received a kiss or a token of love.