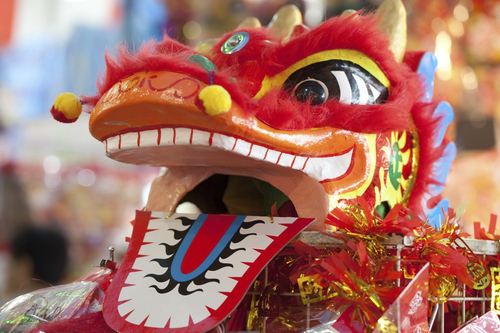 Chinese New Year celebrations get underway this week (Thursday, 3rd February). As communities prepare to cook up feasts fit for kings to welcome in the year of the Rabbit, what will happen to the tonnes of cooking oil used to produce delicious dishes like crispy Peking duck and spring rolls?

If you are one of the growing number of householders who take their recycling responsibilities seriously, you will already be taking the used cooking oil (UCO) to your local recycling centre where it can be safely placed in one of the collection tanks installed by renewable energy company, Living Fuels.

Living Fuels collects the cooking oil from sites all over the UK and converts it into a new green fuel called LF100 which produces clean electricity and heat. Just one litre of used cooking oil is enough to make 240 cups of tea.
Dan Gillert of Living Fuels warns householders against the perils of tipping their used cooking oil down the sink.
“Thousands of tonnes of used cooking oil are mistakenly poured down the drain each year, causing untold damage to our watercourses. Water companies spend at least £15m annually to clean up this damage,” said Dan. “By recycling your used cooking oil, you’re not only helping to solve this problem but you are also turning this waste product into clean, green electricity and heat that ultimately feeds into the national grid.”

After the Chinese New Year celebrations are over, why not do your bit to help build the country’s renewable energy future by taking the leftover oil to your local recycling centre? Every tonne collected by Living Fuels is enough to power the average home for an entire year.

To find out more about recycling facilities and the nearest centre in your area, visit www.livingfuels.co.uk .