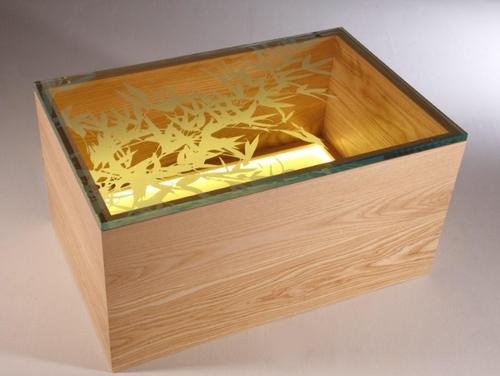 It has been a long term ambition for designer and maker Lloyd Stacey to be able to create and produce his own furniture. In a competitive field, with a lot of talent, it is a rather daunting step to start a new business.

It is an idea that Lloyd has considered for many years but when it finally happened it was in quite a serendipitous way.

He had some ideas for what is now 'Alumina' and soon had a prototype made which he very quickly realised had to get to market. After that the ideas began to snowball and the business plan began to grow.

There has been a lot of support available; Business Link West Midlands in particular have been invaluable. Lloyd recently attended a weekend seminar that helped him acquire the confidence to start a business, it helped demystify the whole process.