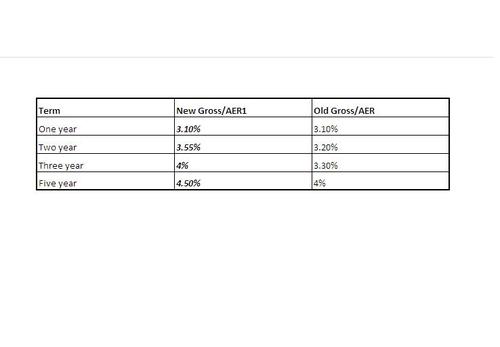 • Minimum deposit of £10,000, maximum of £5,000,000 2
• The bank is now best on the market for three and five year fixed-term deposits (FTDs)3
• Demand for Sterling FTDs rises significantly with base rates set to remain at current low until mid-2014

Lloyds TSB International has announced rate increases for its two, three and five year fixed-term deposits (FTDs). This is despite forecasts predicting the Bank of England base interest rate is not going to rise until at least mid-2014.

According to sales data from the international bank, there has been a significant increase in demand for one year FTDs. It reveals applications have increased ten-fold in the three months leading up to the end of November 2011.

With no real prospect of a bank of England base rate rise anytime soon, it is thought these savvy customers are looking to lock in a better rate of interest in the medium-term. In fact, the market currently predicts there will be no increase of this kind until mid-2014.

According to Nicholas Boys Smith of Lloyds TSB International, the level of demand for these short and medium term deposits in the three months prior to November 2011 is partly as a result of the bank having improved its rates in September. However, he added that it was also clear that expat savers were doing their best to make the most of “flat-lining base interest rates”.

“In 2011 we saw a definite shift towards FTD accounts, particularly those with a one year term, but also those with longer durations,” Boys Smith explained.

“In this low interest rate environment, many people have realised they need to make some changes to ensure they’re getting a decent return on their savings,” he concluded. “We expect demand for FTD accounts to continue rising, and with inflation forecast to fall in 2012 it won’t be long before FTD savers are making money in real terms.”

1 Gross Rate – the contractual rate of interest payable before deduction of income tax at the rate specified by law. AER (Annual Equivalent Rate) – the notional rate which illustrates the gross rate as if paid and compounded once per year.
2 Apart from exceptional circumstances, withdrawal is not possible before the completion of the fixed term. A charge may be payable in such circumstances.
3 Based on MoneyFacts Offshore Savings rate tables, 5 January 2012

Lloyds TSB has opened over 20,000 international bank accounts in the last 12 months. The bank provides financial guidance and a checklist to help people emigrate at: www.lloydstsb-offshore.com.