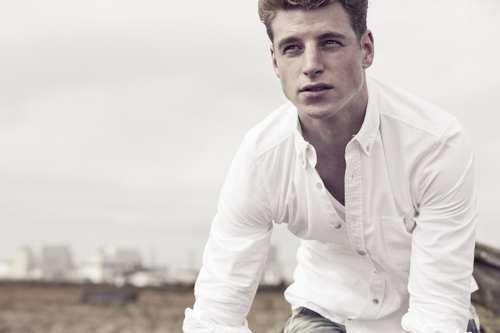 It appears to be more than a coincidence that as the British Fashion Council prepares for its highly successful third London Collections: Men event, taking place from June 16 to 18, the leading commercial model agency, MOT, is reporting an all time high of male model bookings.

MOT Models agency boss Mike Illes said, “We’ve had a massive growth in men’s bookings this year. At present, 40 per cent of all of our bookings are for male models. The level was just 27 per cent in 2012. We have an immensely strong men’s board at the moment, which partly explains things, but such a huge shift in booking behaviour is led by significant changes in the commercial marketplace.”

According to the global research company Mintel, the UK menswear market has grown by 12 per cent in the past five years and is worth £10.4bn. This growth is expected to continue and rise by a further 11 per cent between 2012 and 2017.

The chief executive of the British Fashion Council Caroline Rush said, “British menswear has incredible heritage and has influenced men’s style for decades. Today, our heritage brands and Savile Row are matched by talented, developing businesses that are leading innovation in menswear.”

The chair for London Collections: Men, Dylan Jones said, “Menswear has never been so important, especially in Britain. During the recession is has been one of the sectors that has outperformed in the fashion industry. Menswear has always been a smaller part of the industry than womenswear, but for many companies it is approaching 50 per cent of their business.”

Mintel research reveals that digital platforms are contributing to the rise in menswear sales. In the past year, 68 per cent of male shoppers online have used laptops or desktop computers to buy clothing, while 25 per cent used a tablet and 15 per cent a smartphone. In addition to increased use of the internet, men are trading up, with 52 per cent of men surveyed saying that they are willing to spend more on a brand they like.

Such is the demand for male models at MOT, they are split into five categories: mainboard, thirties, ecommerce, new faces and classics. One of the busiest ecommerce models is Freddie Lund who has featured in advertisements for Ted Baker, Barbour and Savile Row. Roger Frampton has made appearances in ads for Jean Paul Gaultier fragrance and the luxury designer clothing retailer Cruise Fashion.

For further information, please contact Tina Fotherby at Famous Publicity on 07703 409 622 or email tina@famouspublicity.com or Mike Illes at MOT Models on 01442 863 918 or email mike@motmodel.com.

Mike Illes is available for interviews.

Images available on request. MOT Models has a head office in Berkhamsted and a sister agency, called Zone Models in London’s Covent Garden