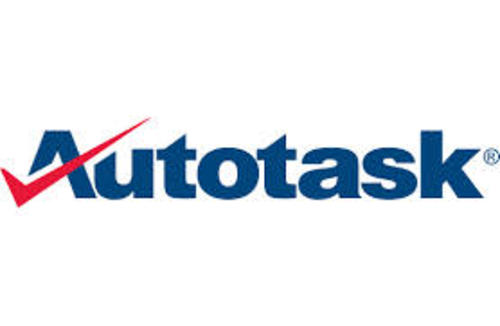 Autotask Community Live! Miami, FL –JUNE 10, 2014 – Today, Autotask Corporation showed a preview of its completely reimagined user interface to an audience of more than 900 of the world’s leading technology companies at its annual Autotask Community Live event in Miami. The user interface features a human-centered design for faster access to everything technology service providers need to get their job done. Highlights of the new interface include a configurable, role-based dashboard environment that allows users to drill-down to details in real-time and a new navigation bar that short cuts access to information.

Autotask customers were the main driving force behind the concept, design and execution of the user interface. Their needs compelled the company to rethink the traditional modular approach to the navigation. Through research and usability studies, Autotask determined that designing the interface to be configurable by role and providing analytics that were not only accessible but actionable, was paramount to helping customers be strategic, competitive and able to drive outcomes in their organisations.

“Autotask’s new user interface is simple and intuitive, allowing me to quickly interact with and access the data and analytics impacting my business. I am able to see how all aspects of my company are performing at a moment’s notice,” said Gary Power, Co-founder of Power Consulting, a technology solutions provider. “The improvements to the navigation and the new productivity tools will greatly improve our efficiency and ensure we get the most out of our Autotask investment.”

Autotask’s new user interface includes
• A new visual design across the product
• Fully configurable, drag-and-drop, drill-down dashboards that puts facts at the fingertips of the CEO, service manager, engineer or any role in the organisation
• A streamlined navigation that reduces clicks and gives quicker access to frequently used items such as tickets, tasks and the calendar
• A sortable Work List viewable from anywhere in Autotask (and dockable to your browser) that lets you focus on critical items

“As a company committed to Smart IT, Autotask believes in innovation that improves users’ experience and drives positive business outcomes,” said Patrick Burns, Vice President of Product Management, Autotask. “Autotask’s new user interface includes dramatic improvements to increase usability to really maximize the value and align it with the way our customers work. The way it presents information in an easy, intuitive fashion allows users to be more proactive and strategic to get to that all important fact-based decision making that is going to set them apart in the marketplace.”

Autotask’s new user interface addresses the challenges IT solution providers face when multi-tasking in a fast-paced environment, increases accountability through improved visibility and provides unprecedented access to data and metrics through its dashboard infrastructure to enable real-time, fact-based decisions. The release is scheduled to be available for all English-speaking countries in the fourth quarter of this year at no additional cost to all Autotask customers.

About Autotask
Autotask Corporation helps IT organisations worldwide work smarter with a complete, cloud-based IT business management platform that enables efficiency, accountability and access to the metrics that drive intelligent business decisions. With built-in best practices and workflow automation, Autotask speeds time to revenue while continually improving service delivery. Autotask is available in seven languages and used in over 90 countries. Headquartered in New York, Autotask has offices in Beijing, London, Munich and Sydney. Visit autotask.com for more information.