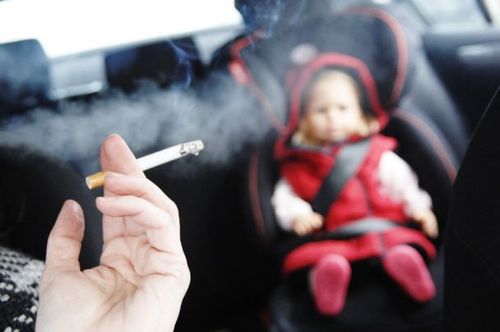 Lighting up inside a car seriously devalues the vehicle for resale.”

Stop smoking in cars. That’s the message to motorists from the British Medical Association, and has been for years, with toxins also causing respiratory problems for non-smokers reports Motortrades Insight.

Taxi drivers are some of the worst culprits of smoking in cars, with second-hand smoke passing on to passengers and potentially causing disease later in life.

Vehicle remarketing specialist British Car Auctions told Motortrades Insight that drivers who have smoked in their cars find it more difficult to sell their vehicles and almost always sell for a lower price – in fact as much as £400 to £500 lower.

“If you go to auction and you have a choice of two cars that are exactly the same but one has been owned by a smoker and one by a non smoker, chances are people will go for the car that has not been smoked in.” British Car Auction's Tim Naylor said.

“The British Medical Association has highlighted research showing the levels of toxins in a car can be up to 11 times higher than (it used to be) in a smoky bar" he added. “But if drivers aren’t motivated by the health of their passengers, perhaps they will be by the diminishing health of their finances. Lighting up inside a car seriously devalues the vehicle for resale.”

His comments come as Sweden seriously considers extending its bans of smoking in public places to cars – a move that could potentially save thousands of lives.

His research has uncovered that presentation is one of the top priorities for buyers at car auctions as there is rarely any opportunity to test a car and any pre-conceptions of what a vehicle is like is based significantly on its aesthetics.
“It is one of the top factors influencing the price of used cars,” he explained. “So if a car is more like an ashtray on wheels, chances are buyers will move on to find one that looks and smells fresh as a daisy.”

While some smokers wishing to sell their car go to extreme lengths to get their car cleaned by a professional valeter. It can be expensive and time-consuming and can often mean replacing interior upholstery which is irreparable from the damaging effects of smoking, with nicotine-stained head-linings a common problem.

Mr Naylor concluded: “Motorists should avoid having a cigarette in their car, especially if they intend to sell it in the near future. This will avoid the lingering smell of cigarettes in the interior, as well as eliminate the risk of scorch marks on the upholstery or dash. All of these things will put buyers off, even if they smoke themselves.”

Motortrades Insight is an online motoring Ezine covering a broad spectrum of the automotive industry. The site was launched in 2012 and appeals to a very broad interest range covering the general motorist, motoring enthusiasts and the motor trade itself. The site also includes information about new and used car buying, motorsport, motorcycles, insurance, finance and more.

Motortrades Insight is based in Brentwood, Essex and is part of a group of businesses providing information and directory services to the automotive sector.

We are the definitive on-line directory service for all things motoring within the UK. High rankings on the major search engines; Google, Bing/Yahoo and Ask deliver a growing number of visitors each month which in turn generates you business. We list just about every type of business connected to the world of motoring, and if motoring is your world, you simply have to get listed.