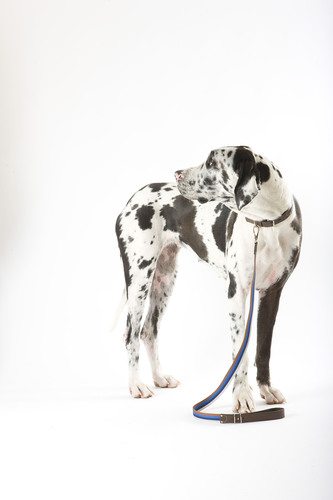 London, U.K. – Mungo & Maud, purveyor of luxury accessories for dogs, cats & the homes they inhabit, has discovered and uncovered Britain’s most beautiful dog, in its first national ‘Britain's Next Top Dog Model’ competition. The four-year-old brand, renowned for its exquisite collection of luxury dog and cat lifestyle accessories, launched the competition where the winning dog received a lavish prize and a highly coveted modelling contract with Mungo & Maud.

The auditions, which took place in May at a private London location, resulted in hundreds of hopeful canine entrants and their owners queuing up around the block. The dogs were on their best behaviour, sitting pretty in the hopes of being the new canine face of Britain. Because of the overwhelming response, Mungo & Maud opened the competition to online submissions in early June and it was here, through a simple snapshot, that the winner was discovered, ‘Penelope’, a one-year-old Harlequin Great Dane.