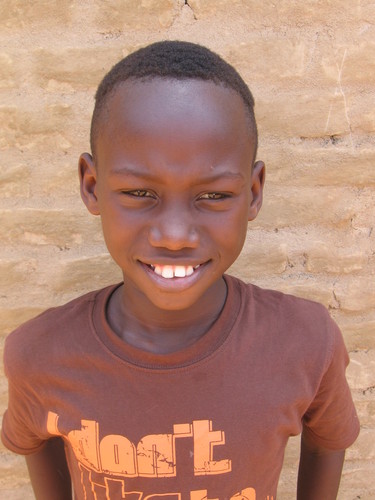 The response to the Hope for Kid's appeal was fantastic, and a total of £20,100 was raised.

In July 2011, South Sudan became an independent nation. After years of civil war, the people of South Sudan hoped for a new beginning and a better future. But the reality is very different. The world's youngest country is also one of the poorest. 90 per cent of the population lives on less than £1 a day. The country has been devastated by ethnic violence. And the level of poverty is shocking.

Hope for Kids International is a UK charity that launched a pioneering appeal in February 2012 to raise funds towards their new children’s home in Wau, South Sudan. The charity spread the word about their appeal via their website, Facebook, Twitter and collected donations with the help of Charity Checkout, a new donation system for accepting online donations. Hope for Kids was overwhelmed by the support they received from individuals, churches, schools, and businesses.

In Wau, a town in the northwestern region of South Sudan, there is an estimated 1,000 orphans and abandoned children living on the streets. These children have no shelter and are at risk from physical and sexual abuse, lack of food, adequate clothing and medical care. The life of a street-child is a never-ending battle to survive.

Hope for Kids recently founded the children’s home in response to the needs of these street children who were desperate to leave a life on the streets, but simply had no place to go. The home offers a stable, family environment for these children to live and grow. There are currently 12 boys in the home, but there are plans to increase this to 32 soon.

The response to the Hope for Kid's appeal was fantastic, and a total of £20,100 was raised. Thanks to the support, they have raised enough to care for and educate the current group of boys for a full year, rescued two more young boys from the streets and helped ten new children go to school for the first time. During the appeal, a number of donations, totaling almost £2,000, were received through the innovative donation system Charity Checkout.

“I greatly appreciate the support that Charity Checkout has provided to Hope for Kids International. Having access to such an efficient, cost-effective and friendly service is a huge benefit to us as we raise funds to care for orphans and vulnerable children around the world”.

Rafael Juma is one of the boys that has benefited from Hope for Kid’s use of new technology. Abandoned to the streets at the age of seven, he was hungry, abused and afraid. Now, in the new home, Hope for Kids International has seen great changes in his life. He is happy, doing well in school, and loves playing sports. Instead of a life facing abuse and violence, Rafael has real hope for the future.

For media enquiries or to arrange an interview please contact: