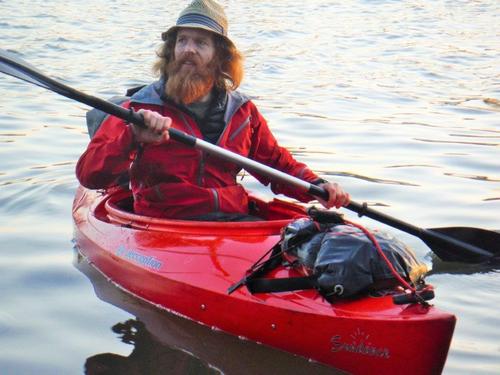 H2Open Magazine’s annual Open Water Swimming Show will this year take place on 12 July alongside the Henley Mile, a straight-line down river swim on the Henley Regatta rowing course. Up to 1,000 swimmers are expected to take part in the swim and visit the show.

Sean Conway is the first and only man in history to swim the length of Britain, from Land’s End to John O’Groats. He followed this up recently by becoming the first person to complete an “ultimate triathlon”. Having previously cycled the length of Britain, in 2013 Sean swam up the West coast, a 900 mile swim that he estimated took around 3 million strokes. Then, at the beginning of this month, he ran to Land’s End, having set off from John O’Groats six weeks earlier.

Cassandra Patten collected her bronze medal in the first ever marathon swim to be held in the Olympics, in Beijing 2008. She was forced to retire from the sport three years later for major shoulder surgery. She now swims for pleasure, writes regularly about open water swimming and is a commentator at open water events.

The Open Water Swimming Show combines an expo with seminars and a chance to get in the water to test the latest kit, or just enjoy a casual swim.

The Henley Mile is a straight line swimming challenge along the boomed course of the Henley Royal Regatta, one of the most scenic stretches of the Thames. There are two distance options, the mile and half-mile, and children as young as eight can swim in the Henley Splash, a 200m event. The course can be raced, or swum at leisure while admiring the scenery.

There is also the opportunity to swim the course twice, once in wetsuit and once without, to see how times compare.

And with food and drink available all day, The Henley Mile and Open Water Swimming Show is the perfect place to spend the day with family and friends beside the river.

For more information, to come and listen to Sean and Cassandra talk and to enter an event visit http://www.henleyswim.com/henley-mile