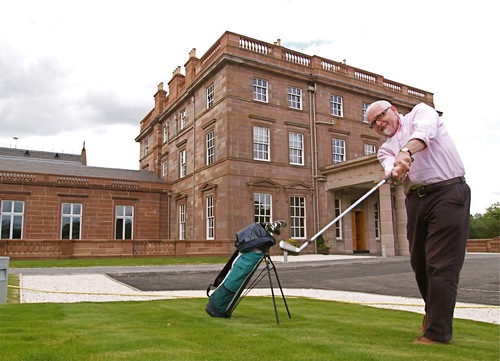 A Victorian mansion once owned by the man who founded one of the greatest golfing tournaments in the world has been rescued from ruin and turned into the ultimate ‘des res’ for dedicated golfers.

Coodham House, near Symington in Ayrshire was the family home of James Ogilvy Fairlie, the creator of Prestwick Golf Course and the man who started the Open Championship 149 years ago.

The once ruined four-storey Victorian mansion has been resurrected from a derelict burnt-out shell and turned into six exclusive apartments and three additional luxury homes just minutes from Turnberry, Royal Troon and Prestwick golf courses.

”Fairlie is credited as being the man who persuaded golf course architect Old Tom Morris to design Prestwick Golf Club in 1851 and of setting up the first ever British Open Championship at the same venue nine years later,” said Malcolm Campbell, Chief...