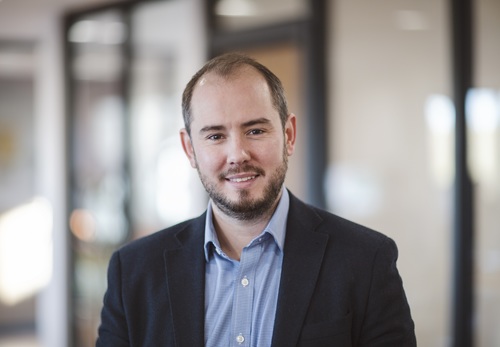 if a security breach has occurred at an organisation, Brits appear more likely to avoid that organisation in future, and instead go elsewhere

The consequences of a data breach have a greater impact in the United Kingdom versus the United States where 41% of British consumers said they will stop spending with a business or brand forever, compared to just 21% of US consumers, following a data security breach.

The research into consumer trust and spending habits was conducted by payment security specialists, PCI Pal, and pointed to some clear cultural differences between the two countries.

The survey found that 62% of American consumers would instead stop spending for several months following a security breach or hack, with 44% of British consumers agreeing the same.

Over half (56%) of all UK respondents were more reticent to give credit card details verbally over the phone than their American counterparts where it was found that four out of every ten (42%) of US respondents were uncomfortable reading out their details.

To add, US consumers were generally less accepting to provide payment details over the phone with only 15% saying they would “hand over their information, no questions asked”, compared to a quarter of UK consumers. Instead 38% of American’s would ask for an online alternative to complete a transaction, while 32% of Brits said they would “hang up and find an alternative supplier.”

“Awareness of data security is something that is on everyone’s radar, yet our UK and US surveys have highlighted some real differences of opinions and traits, when comparing attitudes to data and payment security between the two countries,” explains James Barham, CEO at PCI Pal.

“UK consumers certainly seem more guarded with providing personal information, such as payment card details, over the phone, yet the US is catching up fast. Similarly, if a security breach has occurred at an organisation, Brits appear more likely to avoid that organisation in future, and instead go elsewhere. In my opinion, 2019 is the year that organisations need to take steps to provide far clearer assurances to consumers as to how their data is being captured, processed and stored otherwise customers are not going to wait, and they may find them going elsewhere for their purchase.”

Almost a third (31%) of UK consumers stated that they would spend less with brands they perceive to have insecure data practices, compared to just 18% of US survey respondents.

Interestingly, 44% of US consumers said they have been a victim of a security breach, compared to just over one third (38%) of UK respondents.

A Psychotherapist’s View:
With a clinical and consulting practice in New York City, PCI Pal invited psychotherapist Dr Ellyn Gamberg to review the findings of the surveys to compare the behaviours of UK and US consumers and their attitudes to data and payment security.

In summary, Dr Gamberg identified:
• Both UK and US findings confer that after a security breach consumer spending behaviour are negatively affected (how much they spend, where they spend, and how they spend)
• Online, phone, and in-store security is of equal concern to all consumers
• Both UK and US consumers are concerned HOW their security is stored in record
• US consumers are more regretful than UK that they did not do better vetting of companies regarding their security measures
• UK consumers suppress their negative feelings regarding a breach longer, and take longer (or never return) to brands, compared to US consumers.

Dr Gamberg: “The research indicates differences in measurable responses between consumers in the UK versus America, such as spending habits, customer and brand loyalty; and concern over providing personal data. However, all these behaviours are results of unconscious and conscious thoughts and feelings and cannot be accurately measured by self-report. The expression and internalisation of these responses is highly personal and cultural. As a result, it is critical that this be considered in order to effectively mitigate past damage, and future efforts, to create trust.

“In addition to addressing the technical aspects of security, organisations must address what needs to be done to increase the emotional security of their customers. Ultimately, becoming proactive in setting the stage for more favourable, short-term, and long-term behavioural change will result in more loyal customers, and increased spending.”

Methodology & Market Research:
In the United States, PCI Pal conducted market research through AYTM, surveying 2000 U.S. consumers aged between 18 and 65 years with annual incomes between USD $25-$500K to uncover customer service preferences and security concerns when sharing personal information online and over the telephone. The survey findings highlighted changing behaviours and considerations for consumers in 2018 around data privacy, brand trust and impact on spending resulting from security breaches.

In the UK, PCI Pal conducted market research through Atomik Research, surveying 2,002 consumers across the United Kingdom aged between 18 and 65 years with annual incomes in excess of GBP £20,000 per annum to uncover customer service preferences and security concerns when sharing personal information online and over the telephone. The survey findings highlighted changing behaviours and considerations for consumers in 2018 and into 2019 around data privacy, brand trust and impact on spending resulting from security breaches. Atomik Research is an independent creative market research agency that employs MRS-certified researchers and abides to MRS code.

With the entire product portfolio served from PCI Pal’s cloud environment, integrations with existing telephony, payment, and desktop environments are simple and light-touch, ensuring no degradation of service while achieving security and compliance.

About Dr Ellyn Gamberg:
Dr Ellyn Gamberg is a psychotherapist who maintains a clinical and consulting practice in New York City. Throughout her twenty-five-year career in Behavioural Healthcare, Dr Gamberg has held clinical positions, taught at major colleges and universities, and has been a consultant to community organizations, private corporations, healthcare and legal institutions, and to the media. Dr Gamberg specialises in using both cognitive and unconscious approaches to help individuals and corporations resolve both internal and external conflict by changing behaviour and perception.

She is nationally certified by the American Society of Clinical Hypnosis, and has earned recognition in the area of anxiety and adjustment disorder, or Forensic evaluation. Dr Gamberg received her Doctoral Degree from Nova South-Eastern University, completed her Master’s Degree at the University of South Florida and earned her Bachelor’s degree at Temple University.