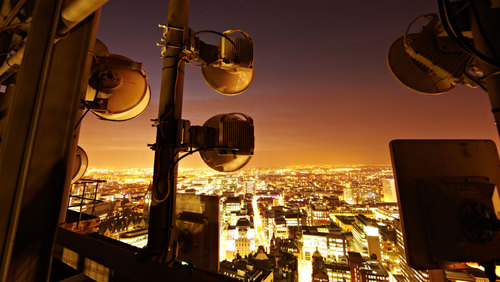 Purdicom is unlike any distributor in its class, the support we get is excellent both commercially and technically.

OXFORDSHIRE, UNITED KINGDOM – March 10th 2015 – Purdicom today announced that it has been assisting Metronet (UK), the leading hybrid wireless & fibre ISP, to supply businesses with superfast broadband. Purdicom has assisted the Manchester-based ISP by supplying an array of next generation wireless solutions as well as offering managed spectrum to ensure interference free wireless.

As one of the UK’s most advanced Internet Service Providers, Metronet (UK) has proved example for other ISPs to follow by offering a calculated hybrid mix of wired and wireless technologies to deliver B2B connections.

Based in Manchester, Metronet (UK) has played an active role in the Government’s Connection Vouchers scheme, where business can receive a grant of up to £3,000 for superfast broadband. Metronet (UK) were the leading provider when the scheme piloted across 5 UK cities in 2013. Since the scheme has been launched it has extended into 22 cities and Metronet (UK) has become the 2nd highest provider of connection vouchers nationwide through providing connectivity via wireless & fibre to businesses.

Metronet (UK) now connects around 1500 businesses using entirely it’s own wireless or fibre infrastructure independently from BT or any other third-party providers. This has led Metronet (UK) to achieve over £1million recurring revenues per month, take it’s employee count to over 100 and expand their wireless network across more cities in the UK. The management team recently led a secondary management buyout injecting £45m into the business backed by LivingBridge.

In early 2013, Metronet (UK) completed an agreement with Purdicom to supply the rapidly growing ISP with some of the leading wireless technologies that sits on its portfolio. Later in the year the deal was further enhanced when Purdicom reached an agreement with Metronet (UK) to supply 32GHz Managed Spectrum Services and systems that Purdicom have exclusive access to. This allowed Metronet (UK) to rapidly deploy licensed microwave systems, bypassing Ofcom and saving time and money meaning they can connect customers even faster.

“Purdicom is unlike any distributor in its class, the support we get is excellent both commercially and technically. Our customers are using our connectivity solutions, built on Siklu and Ceragon infrastructure and supplied by Purdicom, to enjoy all the benefits of superfast Internet connectivity. We see this partnership taking us much further”, said James McCall, Director of Strategic Development at Metronet (UK). “Through access to Purdicom’s resources, stock and financial facilities coupled with Siklu and Ceragon’s unmatched technology, its helped us stay at the forefront of our industry.”

Metronet (UK) now have the largest installed base of Siklu Communications MMW systems in UK with hundreds of links deployed across the country. With the massive expansion plans that Metronet (UK) has, all parties expect this number to continue to grow rapidly.

Metronet (UK) is the UK’s most advanced hybrid wired and wireless Internet Service Provider. Metronet (UK) combines a unique mixture of wired and wireless technology so can offer connectivity solutions with the best SLA and support in the industry. We deliver these services ten times quicker than the traditional fibre and copper based services, which other ISP’s are currently offering.