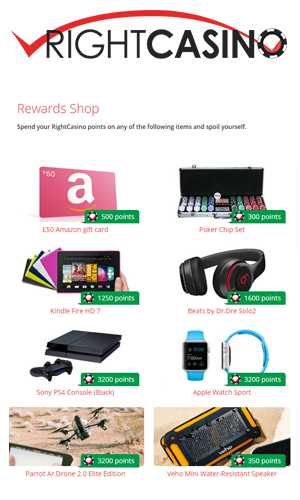 Appreciative of the users’ interest and loyalty, RightCasino director Samuel Miranda is delighted to unveil an incentive scheme which will enable members to pick up such state-of-the-art gadgets as iPads and Kindles.

“We’ve been overwhelmed with the interest shown in RightCasino,” says Miranda, who launched the comparison site with fellow director David Merry in April 2014. “We always thought there was a gap in the market for an international casino community and rewards site.”

The team are introducing a new system whereby badges will be awarded when a user completes certain actions. Writing a casino review, inviting friends, sharing a post – these are just some of...