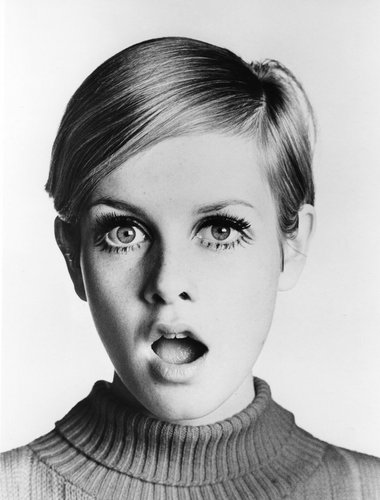 Tower Bridge, the most famous bridge in the world, is delighted to present ‘The Sixties’ - a stylish new photographic exhibition focusing on the people, places, events and designs that epitomise this revolutionary decade. On display in Tower Bridge’s impressive West Walkway, 42m above the Thames and with stunning views across London, from 28th March to 31st December 2014, the exhibition features over 60 iconic images, from pop stars to Prime Ministers, fashion designers to Formula One racing drivers and cutting edge architecture to political activists.

At the heart of London’s ‘Swinging Sixties’ scene, Tower Bridge provides the ideal location to host this exhibition, which reflects the huge changes that took place in Britain during this period both politically and socially, with the rise of youth culture, the cult of the celebrity…and hemlines!

Key Features of the Exhibition:
• 26 large-scale (117cm x 82cm) panels on display in Tower Bridge’s West Walkway featuring iconic images of the people, places, events and designs that shaped the 1960s, including Twiggy, Mary Quant, Michael Caine, Peter Sellers, Elizabeth Taylor, Richard Burton, Mods & Rockers, the Aldermaston marchers, Harold Wilson, John Surtees, Jackie Stewart, Graham Hill and many more.
- One of the highlights is a rare photograph of comedy duo Peter Cook & Dudley Moore taken by producer and director Bryan Forbes as a publicity shot for his film ‘The Wrong Box’ (1966). To honour his work, Tower Bridge will make a donation to the Teenage Cancer Trust.
• Each panel will include an image and an extended caption. There will also be an introductory panel at the start of the exhibition outlining the key themes of the show.
• Internationally accessible: All additional information on the panels is available in French, German, Spanish and Italian.

David Wight, Visitor Development and Services Director, City of London Corporation, comments:
“This enjoyable and entertaining new photographic exhibition offers a wonderful insight into this exciting decade. Whether you lived through the period yourself or weren’t yet born, this exhibition will definitely spark a lifelong fascination with the people and times of the ‘Swinging Sixties’.

Notes to Editors:
‘The Sixties’ Exhibition
• The exhibition will be held in the West Walkway and replaces the ‘This is London’ exhibition.
• Admission to the exhibition will be included as part of the entry fee for Tower Bridge.
Tower Bridge
• Tower Bridge was the creation of architect Sir Horace Jones and civil engineer Sir John Wolfe Barry. It took eight years to complete and was officially opened on 30 June 1894 by the Prince and Princess of Wales (the future King Edward VII and Queen Alexandra).
• Tower Bridge Exhibition is open every day from 10.00am to 6.00pm (April-Sept) and 9.30am to 5.30pm (Oct-March) with last admission half an hour before closing. Admission prices for Tower Bridge are adults £8, children aged 5-15 £3.40, under 5s free and concessions £5.60. Special group rates available.
• The nearest underground stations are London Bridge or Tower Hill.
• Visit our website or join in the Tower Bridge conversation on Facebook and Twitter. We would love to chat!