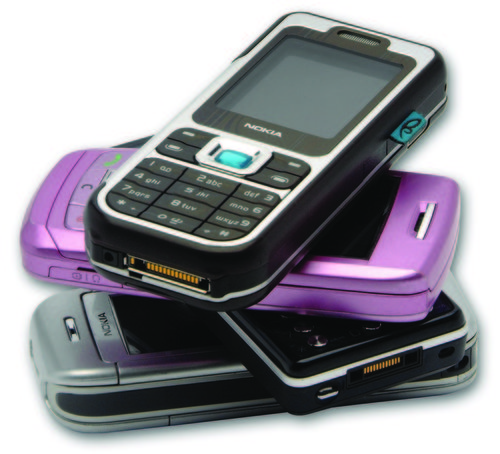 When it comes to mobile phones, Brits always insist on having the latest models with cutting-edge technology. But what happens to all the mobile phones that are replaced when an upgrade is offered? According to a survey by The Recycling Factory, the answer is very little.

The survey reveals that more than half of us (52%) hoard our unused phones at home in case our current handset is stolen, lost or broken. In fact, 68% of us admit to having more than one mobile phone needlessly collecting dust at home. Only 22% of respondents actively recycle their phones, with 21% opting instead to hand down old mobiles to friends and family. Astonishingly, as many as 4% declare that they actually throw their mobile phones in the bin.

Although the average lifespan of a mobile phone is around seven years, a whopping 87% of respondents claim to have had their current handset for less than two years and 81% admit that they upgrade their phones every one to two years.

Tammy Arya, general manager at The Recycling Factory, commented: “This survey shows that over the years we have become increasingly opportunistic and capricious when it comes to mobile phones. We generally change our handsets whenever a new, improved model is available or when we are offered an upgrade. This means that within the seven year average lifespan of a mobile phone most of us will go through around three or four handsets.”

She continued: “As a result, there are now well over 90 million unused mobile phones lying around in drawers throughout the UK, or even worse, being binned. It is vital to encourage the public to start recycling their mobile phones to do their bit for the environment and help to keep unnecessary landfill waste to a minimum –it won’t cost anything.”

To start recycling, simply log onto the The Recycling Factory website www.therecyclingfactory.com and send your old phone in completely free of charge. You will then receive a cheque for the value of the phone. It couldn’t be easier.

We are committed to providing ethical recycling solutions for people from all walks of life. If you own a large corporation or are simply a person interested in reducing the waste that you landfill, you can help by recycling printer cartridges and mobile phones.

As the human race grows to slowly fill our planet, the waste we produce grows with it. We must recycle in-order to reduce the impact on our fragile earth.

At the Recycling Factory we believe everyone has some responsibility for reducing waste. We aim to provide recycling solutions that reduce landfill, reduce C02 emissions and do not impact upon the third world civilisation.