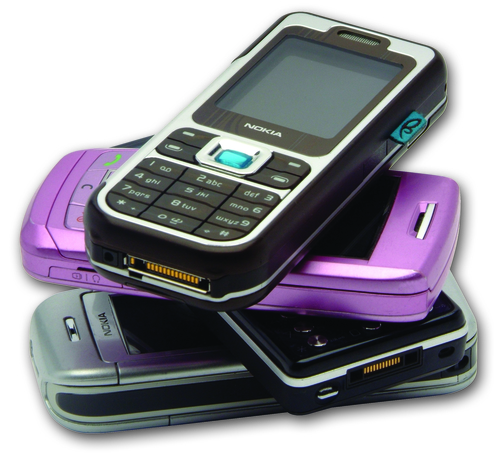 - Silence is golden according to mobile phone etiquette survey -

Britain may be a nation renowned for its manners, but times are changing as our mobile phone habits leave a lot to be desired. A whopping 70% of us have used our phones while in the toilet according to research conducted by Purple Gossip, an online retailer of recycled mobiles and accessories. Be it at home or while out and about, the toilet offers privacy and an opportunity to make a quick call or text, or even play a quick game of Tetris and Bejeweled.

The survey which explores Brits’ best and worst phone habits reveals that the most annoying mobile phone offences are generally noise-related; 77% of respondents cite scrolling through ring tones in a public place as the most annoying habit, whereas 71% are most irritated by people playing music on their phone in public.

Other mobile phone faux pas Brits are guilty of include texting while walking (94%), conducting personal discussions while on public transport (69%) and interrupting face-to-face conversations to answer a call (65%).

Men are the worst offenders, as 43% will openly conduct business discussions while on public transport versus just 24% of women. They are also the nosier sex, with 43% admitting to reading strangers’ text messages compared to just 29% of women and a whopping 74% of men will readily ignore present company to answer a call.

Despite these questionable habits, the mobile phone is Britons’ preferred form of regular communication. Over 46% of mobile phone owners spend over an hour using their mobile phones each day, with almost 6% of women spending over five hours a day on their phones. It’s clearly good to talk!

The survey also reveals a love for our mobile phones which even pervades the bedroom. Over three quarters of Britons admit to regularly sleeping next to their phones; for some, the phone acts as an alarm clock, for others, it’s to speak to a loved one or even to send a cheeky late night text flirt before falling a sleep.

A spokesperson from Purple Gossip commented: “This survey reveals that Brits have an interesting relationship with their mobile phones. Whilst we have evidently adopted some bad habits over the last decade, the mobile phone is becoming increasingly integral to our daily routine – so much so that we find it hard to detach ourselves from our handsets.”

For further information please contact the team at Spreckley Partners: