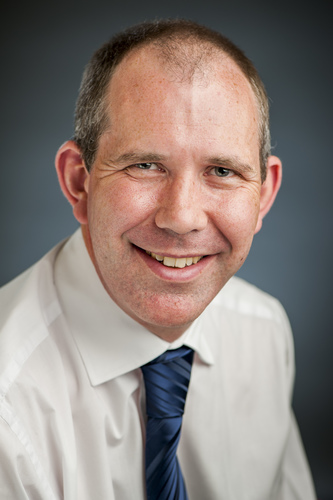 Making Tax Digital is one of the most significant proposed changes to the UK’s system of taxation in many years, and will see businesses reporting their tax online, more frequently than they do now. The Treasury Committee has put together a 50-page report which summarises its suggestions to HMRC.

Andrew Jackson is Head of Tax at UK200Group member Fiander Tovell and Chair of the UK200Group Tax Panel, and is also on a consultative committee of the Office for Tax Simplification, and here he discusses the report’s findings:

“On the plus side, it is encouraging that the Treasury Committee is echoing the recommendations that the UK200Group and others have made, as it will hopefully mean that HMRC take them on board. This applies to things like delaying the implementation of Making Tax Digital, making it optional in the early stages and loosening some of the requirements.

“A crucial point from the Treasury Committee’s report is that they can’t see any justification for the threshold for digital tax reporting being less than the threshold for VAT reporting. That will make a significant difference to the very small businesses, typically microbusinesses, which will be hit hardest by being forced to take on digital reporting.

“If HMRC were to bring the profit threshold up to the VAT figure - £83,000 – for property, it would represent a significant portfolio of, for example, several decent houses or a dozen flats. That would mean that a large proportion of buy-to-let landlords would be exempt from digital reporting, so we might end up with a trading business threshold at the VAT level, and a property threshold below that.

“Because large firms have internal finance departments, they are unlikely to find Making Tax Digital particularly disruptive. It will be those firms between the profit threshold – whether that be £83,000, as the Treasury Committee suggests, or not – and £10 or £20million, who will find Making Tax Digital most difficult to adapt to, and those firms are the ones who rely on agents such as tax advisers and accountants to report their tax liabilities. The Treasury Committee has acknowledged the role of agents in the tax process, which is promising as HMRC had not originally made much provision for agents to view clients’ tax accounts.

“The Treasury Committee’s report appears to be a lot more pragmatic than the documents put together by HMRC, and seems much more aligned with the consensus within the tax and accountancy professions.”

The UK200Group views Making Tax Digital as the key issue for SMEs in the next few years, and as such has set up a Digitisation Taskforce to ensure that it can assist business owners with the transition to digital tax accounts and reporting.

In November, the UK200Group issued a recommendation document to HMRC, suggesting changes to the current plan for digitisation. The conclusion found the following points:

• The timescale for implementation is too short for full consideration and resolution of the issues.
• The principle of Self-Assessment, and the HMRC-taxpayer relationship, will be fundamentally changed.
• HMRC do not seem to understand how accounts are prepared and used by businesses. They seem to regard tax as the primary purpose of accounts, and to seek to alter GAAP for the convenience of HMRC and MTD without regard to the needs of other users of accounts.
• Taxpayers’ appetite to engage with MTD is small, and the proposals seem to offer few benefits to off-set the costs.
• Taxpayers’ ability to engage has been overestimated, and the cost and difficulty of overcoming the obstacles has been understated.
Key recommendations:

• A central place for a taxpayer to see the information HMRC currently possesses about them.
• A mechanism for providing HMRC with information simply and automatically (reducing the need for phone calls and letters).
• HMRC should consult on the future design of the tax system. Changes in the rights and responsibilities of various parties, and in particular new obligations on taxpayers, should not be introduced until:
o That consultation is complete.
o The necessary technology has been tested over a full compliance cycle (one year of interim reporting plus the end of year procedures).
• Simplifications of accounting should be optional, for tax purposes only.
• Clear benefits for taxpayers should be identified, incorporated, and publicised.