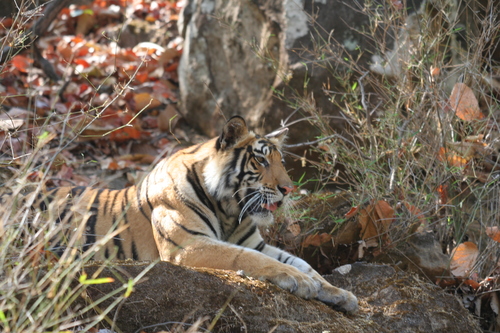 PRESS RELEASE
For immediate release
THE (LAST) YEAR OF THE TIGER?
By Sally Hamilton

On February 14th the Chinese will be celebrating their New Year’s Eve and in the Chinese Zodiac 2010 falls in the Year of the Tiger. Many wildlife species are endangered, but it is now thought that the Wild Tiger is one of the most critically endangered of all. In the 20th century three of the eight sub-species of tiger became extinct; the Balinese in 1937, the Caspian in the 1950’s and most recently the Javan in the 1980’s.

Although tiger derivatives are totally illegal and it has never been proven...