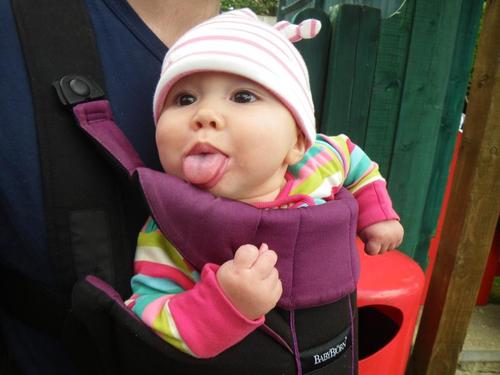 KENT, 8 May 2013: Parent bloggers from across the UK are banding together to launch an online charity auction this month, to raise funds for research into Sudden Infant Death Syndrome, following the death of 9-month-old Matilda Mae Henley.

Jennie hopes that the Matilda Mae Memorial Auction, in aid of The Lullaby Trust, will help fund vital research into infant death, and perhaps help other families avoid this kind of devastating loss in future.

Jennie says: “As I battle my way through each day without Matilda I am comforted by friends and family. I am surviving by keeping busy and by knowing that sadly I am not the first Mummy to make this journey and regretfully I will not be the last.”

"Because of the people who have been so kind to me and for the people who I hope I can help in the future, I want to raise awareness of Sudden Infant Death Syndrome (SIDS) and raise money for the trust that supports families affected by it and carries out research into preventing it, SIDS, what we commonly know as cot death."

The Matilda Mae Memorial Auction launches on 11 May 2013, and will run for nine days, one for each month of Matilda's life.

The launch coincides with The Lullaby Trust’s annual “Mile in Memory” walks, where thousands of members of the public walk a mile in memory of someone special, to help raise funds for research into FSID.

The Matilda Mae Memorial Auction is being held on eBay, with 100% of the proceeds going directly to The Lullaby Trust, the UK’s leading baby charity aiming to prevent unexpected deaths in infancy and promote infant health.

During the 9 day auction, parent bloggers across the UK will be writing about the Matilda Mae Auction, and encouraging their readers to take part and help raise vital funds in memory of Matilda Mae.

“UK Parent bloggers have a combined audience of more than 7.5m people, and we want to reach as many of those people as possible with Matilda Mae’s story,” said Sally Whittle, founder of Tots100, the UK parent blogger network. “The auction will raise vital funds for research into FSID, and thanks to the support of our community, and the brands we work with, we have some amazing items to auction.”

Some of the UK’s biggest family brands are supporting the Matilda Mae Memorial Auction with donations, including Thorpe Park, Annabel Karmel, Cossato and Medela.

For more information about the auction, please visit Ghostwriter Mummy, one of the Mummy bloggers helping to organise the auction.


About Matilda Mae and Jennie Henley

Jennie Henley is a popular UK parent blogger, mother to Matilda and twins William and Esther. She has been blogging since the premature birth of the twins and has been nominated for several national blogging awards for her beautifully honest and highly emotional writing. You can read more about Jennie and Matilda on her blog (http://www.edspire.co.uk/) and follow her on twitter at @edspire.

If you write an independent UK parent blog then we’d love to welcome you to our community. As a Tots100 blogger, we’ll share your blog and posts with our community, increasing your readership and introducing you to brilliant new blogs. Tots100 bloggers can also enjoy regular blogging tutorials, webinars, social events and free blogging workshops, at our BlogCamp events around the UK.