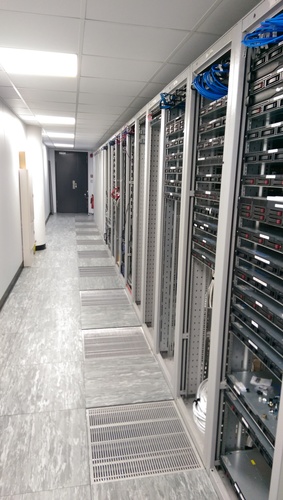 • Connected to the predominant datacentres via a proprietary fibre optic ring
• 99.99% network uptime
• Full support for MPLS / VPLS across the whole network
London, 17 February 2016 – broadcast specialist Vision247 announced that its data centre in Chiswick park is fully operational.
The Vision247 Data Centre in a new facility at Chiswick Park offers state of the art network and hosting capabilities. It is physically connected to the predominant London datacentres such as Telehouse North and Telehouse West via a proprietary fibre optic ring which is totally diverse. The Vision247 network is interconnected with major national and international carrier networks and to the two major English IXP (Linx and Lonap) to support any connectivity needs.

From a broadcaster perspective, the network is already interconnected with the leading satellite/telco operators and teleports...