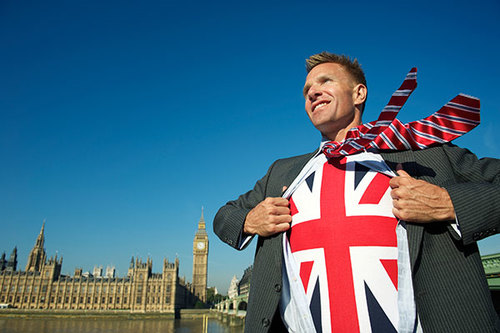 Woking, Surrey: 1st March 2016 - Wick Hill has been identified as one of London Stock Exchange’s ‘1000 Companies to Inspire Britain’ – for the second year in a row. The report is a celebration of the UK’s fastest-growing and most dynamic small and medium sized businesses.

To be included in the list, companies need to show consistent revenue growth over the past four years, significantly outperforming their industry peers. The average growth was 50%. Allister Heath, Deputy Editor and Deputy Director of Content, The Telegraph, said: “The companies featured in the 1000 are a testament to the resilience and inventiveness that the UK’s entrepreneurs have in spades.”

This achievement is just the latest in a long line of successes for Woking-based Wick Hill, as the company approaches its 40th birthday. Achievements over the last few years include -

• Woking’s ‘Most Successful Company of the Year’ 2015’, for achieving the best financial performance by an independent company.

• The first security value added distributor to get the government’s Cyber Essentials accreditation, which demonstrates companies have taken steps to be fundamentally cyber safe.

Investment
Part of Wick Hill’s success is down to investing heavily in the business over the last few years, which has included -

Ian Kilpatrick, chairman Wick Hill Group, said: “We are proud to be named in the London Stock Exchange Group’s ‘1000 Companies to Inspire Britain’, for the second time in two years. This is a recognition of the significant contribution of all members of our team to the outstanding performance of the business.”

Wick Hill is particularly focused on providing a wide range of value added support for its channel partners. This includes a strong lead generation and conversion programme, technical and consultancy support for reseller partners in every stage of the sales process, and extensive training.