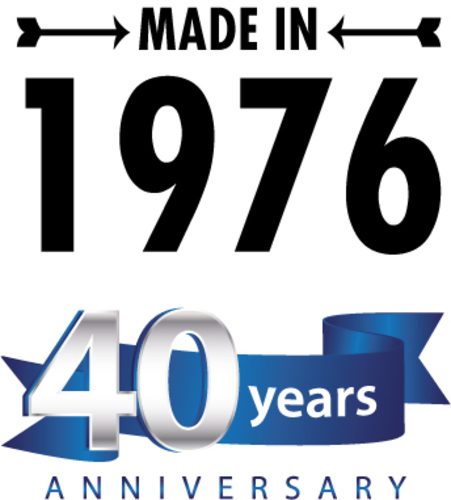 Now, a leading, international value added distributor, employing 150 staff, with a turnover in excess of US$ 150 million

Woking, Surrey: 16/3/16 – It was one of the hottest summers on record and the year Apple first demonstrated its computers. The 5.25” floppy disk was invented in this year and Bill Gates dropped out of Harvard to devote all his time to Microsoft. It was 1976 – also the year the embryonic Wick Hill first set up in business.

Today, Wick Hill is celebrating its 40th birthday. Now, a leading, international value added distributor, employing 150 staff, with a turnover in excess of US$ 150 million, the company specialises in exceptional value-add distribution with a focussed portfolio of high growth security solutions. Wick Hill recently entered the next phase of its development when it became part of Rigby Private Equity (RPE).

Ian Kilpatrick, chairman and founder of Wick Hill Group, commented: “The 40 years have gone very quickly. I’m still here because it’s never boring. Our industry, and security in particular, is constantly changing and the challenge of keeping ahead of that keeps it new and exciting for me and for the staff. I’m proud that we’ve continued to be an organisation, which isn’t just sales and technically-driven, but where teamwork and excellence are core to the business.

“We’re now in an exciting, new phase of Wick Hill’s development and I’m looking forward to taking our business model across EMEA, as part of RPE.”

Paul Eccleston, head of RPE, said: “Congratulations to Ian and the team on an amazing journey to date.  40 years is the strongest confirmation possible that Wick Hill is a business which continually listens to its customers and evolves to meet their needs. This is also a core philosophy of RPE and a key reason why we invested in Wick Hill. This approach will ensure our joint future success.”

Jonathan Whitley, area sales director Northern Europe, for WatchGuard Technologies, commented: “At WatchGuard we are proud to have been a part of the Wick Hill success story on its 40th anniversary.  This year also marks the 20th year of a successful partnership between our companies and over the last two decades Wick Hill has consistently been WatchGuard’s biggest value added distributor in the UK and Germany.  As well as building strong and highly-knowledgeable internal and external sales teams, Wick Hill has pioneered a range of value added services delivered to resellers and end users.  The last 12 months has been the most successful period of our current partnership across every measured metric, so looking forward, we are very excited about the coming years and the changes planned at both Wick Hill and Zycko.”

Colin Bridle, sales director of reseller Redinet, said: “It takes a special kind of company to last 40 years in distribution in our industry and Wick Hill is a special distributor. We have been with them for more than 15 years and their responsiveness to our needs, enthusiasm and ability to come up with solutions that clients want, and help us sell those solutions, has made ours a very worthwhile partnership.  Good wishes on your 40th anniversary.”

Chris Picknell Sales Director at ePic Net commented: “The commitment, energy and enthusiasm we get from Wick Hill in helping us sell and fulfil client needs is second to none. I am not at all surprised by the company’s long life, as they always seem to come up with the appropriate solutions at the right time. We wish them a happy 40th and look forward to working alongside them in the future.”

Dave Ashton, sales director at Sec-1, commented: “We have been working with Wick Hill for 16 years and have an excellent relationship with them. We’ve always been impressed by the high level of value added services they provide and their commitment to help us grow our business. It’s easy to see why Wick Hill has prospered for so long and is still going strong. Happy 40th.”

- 1976-1981
The company was founded and began developing and selling application, performance and security products worldwide, with channel partners, for the HP 3000, dealing with major corporates such as Glaxo and Shell.

- 1984
Ceased distributing our own products and focussed on distributing for other suppliers, specialising in connectivity for enterprise computer systems such as HP, DEC, UNIX and IBM.

- 1990
Bought out distributor competitor IMX, and became Wick Hill IMX for a time. Went from £2 million to £6 million turnover in 18 months.

- 1992
Set up a German branch through the purchase of German company GFKT, which also specialised in networking and communications.

- Mid-1990s
Expanded into security, becoming WatchGuard’s first UK and German distributor, and built up an SME channel, alongside the existing channel business with large enterprises.

- Survived four recessions by growing and investing during difficult times. We increase our sales, marketing and technical budget when others tend to reduce outgoings.

- Won many Best Distributor awards from our vendor partners over the years in the UK and Germany, including awards from Check Point, WatchGuard, Kaspersky Lab (UK and DACH)* and Barracuda.

- We focus on excellence and teamwork, not just on profits. This is one of the things that has made us a success and differentiates us from other organisations.

- The core of what we’re good at is market-making. We enter different market niches and our goal is to expand those markets for our partners. We provide support for partners into what can be new and technically challenging areas.

- We deliver a high level of value-added services. We work closely with our partners and provide very strong sales, marketing, technical, training and financial support.

- Responding to change is a fundamental part of the company. We predict and respond to business needs and provide suitable technologies to meet those needs.