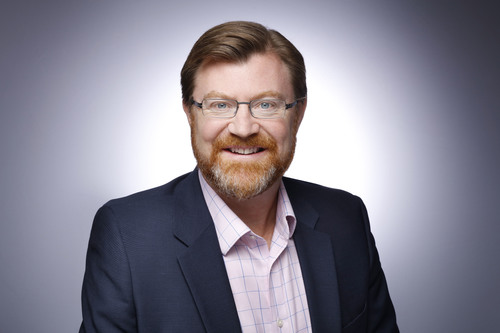 The way organisations consume IT is changing.

David Galton-Fenzi, CEO of Zycko, specialists in advanced networking, and CCO of Nuvias Group (of which Zycko is part), looks towards 2017 and gives his top five networking predictions

By abstracting some of the functionality of the network into a software application, SDN allows network administrators to more easily manage dynamic networks. It has the added benefit of being non-proprietary, allowing users to integrate to any environment, offering a more flexible and price-conscious alternative to vendor-specific hardware.

According to research this year by research firm IHS, the datacentre and enterprise SDN market is set to grow more than 15-fold by 2019. The report also forecasts that the market, including equipment such as Ethernet switches and controllers, will increase from $781m last year to a mighty $13bn in 14 years from now.

IHS believes SDN is now at a tipping point, where enterprise lab testing environments will become live production deployments this year and moving ahead into 2017. This matches what we’re seeing, with the emergence of start-ups like Viptela, as well as established networking vendors either acquiring SDN specialists or developing their own solutions. Riverbed, for example, has SteelConnect and Nokia has Nuage.

The way organisations consume IT is changing. In 2016 businesses are less inclined to make the large, upfront investments we’ve seen in the past, something that’s reflected in the increasing popularity of cloud-based services and pay-as-you-grow subscription models.
This applies to networking too, particularly with the growth of software defined datacentres. As mentioned above, customers are starting to opt for open stack, non-proprietary, software-based, cloud-managed solutions, and that involves a move from traditional perpetual licensing to an increasingly popular subscription-based, pay-as-you-go model.

The Internet of Things (IoT) will continue to make headlines in 2017.

IHS forecasts that the IoT market will grow from an installed base of 15.4bn devices in 2015 to 30.7bn devices in 2020, while Bain predicts that by 2020 annual revenues could exceed $470bn for the IoT vendors selling the hardware, software and solutions.

The increase in devices and the amount of data that they send will place pressure on networks, but more disturbingly, there will be obvious issues around securing both data and devices. In the wake of the recent distributed denial of service (DDoS) attack on popular websites such as Twitter and Spotify using internet-connected home devices, network security will be high on the agenda in 2017.

Feel the speed
The rapid growth of mobile broadband and video is generating tremendous volumes of traffic for backbone networks. This is forcing exponential growth in the bandwidth of the core networks, which are being upgraded from an average of 10GB to 40GB, to 100GB.
This presents its own challenges, as these networks deliver a huge number of data packets per second, not least tracking all that network activity at full line-rate. As such, effective monitoring strategies and real-time troubleshooting will become a concern for businesses in 2017 and beyond.

While mesh networks can still be considered an emerging technology, they really do demonstrate the Holy Grail that is ‘seamless connectivity’.

Mesh networks offer a more secure, stable network connection compared to the current internet network architecture. Distributed nodes “talk” to each other, and compared to today’s internet — which is based on a few centralised access points or internet service providers (ISPs) — the only way to shut down a mesh network is to shut down every single node in the network. This means there’s no single point of failure. The design affords a more robust, predictable network, with service providers better able to establish control.

The argument continues to grow for mesh networks, particularly in cases where internet connectivity is threatened by natural or man-made disaster.

Bio of the author

David Galton-Fenzi served as Sales Director for Zycko, specialists in advanced networking, from September 2001- March 2013, and was appointed CEO in April 2013. Prior to joining Zycko, David held the position of Sales Manager at Comstor Ltd (1994-1999) and was instrumental in the period of rapid growth that saw sales ramp up from $50m to over $500m per annum. As well as being CEO of Zycko, David is also CCO of Nuvias Group, a leading pan-EMEA, high value distribution business, which is redefining international, specialist distribution in IT. Zycko is part of the Nuvias Group.