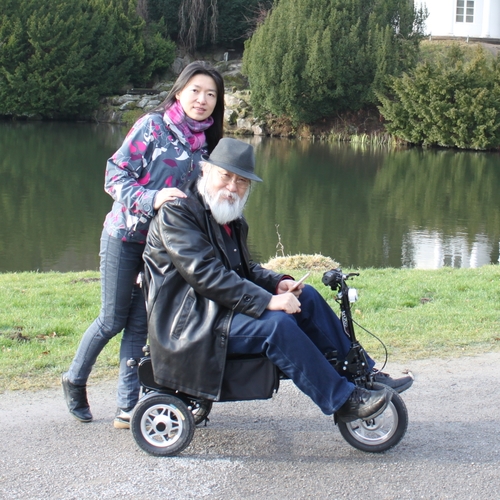 The innovative electric machine, designed in tandem by Sumi and her father, renowned Chinese engineer Jianmin Wang, has been chosen as a finalist for Gadget Show Live British Inventors’ Project.

As a result eFOLDI has been given a stand at the award-winning Gadget Show Live exhibition – the UK’s largest consumer technology exhibition – which will take place at the NEC, Birmingham from 31 March to 3 April 2016.

The mobility device, which will be launched globally later this year following a Kickstarter campaign, won the gold medal at the Beijing Invention Competition in 2015, an honour that was awarded by Chinese Vice-President Liu Yandong and Mayor of Beijing Guo Jinlong.

Simon Bland of Reigate and Banstead Borough Council said, “We’re thrilled that Sumi’s hard work has been recognised by Gadget Show Live, and she thoroughly deserves it.

“eFOLDi is a brilliant idea and has the potential to make life easier for people with limited mobility as well as those without!