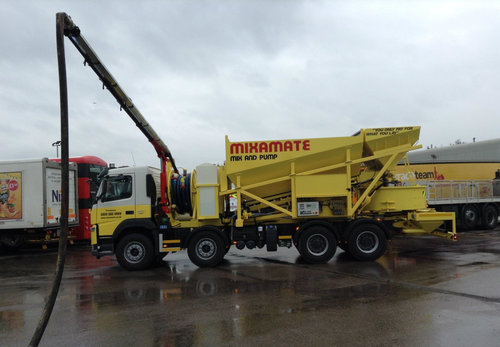 London, UK, Monday 13th July 2015: The Batched on Site Association (BSA) today confirmed that up to 3,150 jobs could be lost in the UK Construction sector, if new Government legislation is introduced. The proposed policy change includes the implementation of a maximum 32 tonne operating weight limit to all Volumetric concrete machines, which would significantly impact on Operators’ ability to service the industry at current levels.

A £210m Industry
Volumetric machines are operated across the UK by independent operators and large multinational readymix companies. An industry report published earlier this year by Regeneris Consulting found that the Volumetric sector is worth an annual £210m to the UK economy, and creates an estimated 3,150 jobs through direct employment, supply chain, wage expenditure, etc. The sector accounts for approximately 10% of the 21.7m m3 wet concrete market in the UK.

Changing Technology
During the past 5 years the concrete industry has undergone considerable change, with increasing demand for Volumetrics. Multinational readymix companies are expanding their fleets of Volumetric machines, while 87% of independent Volumetric operators have experienced turnover growth in the past five years, and 93% expect turnover to grow over the next five years.

Mobile Batching Plants (MBPs), or ‘Volumetrics’ as they are colloquially known, spend the majority of their working day stationary on site mixing fresh concrete. This requires sophisticated on-board machinery and specially designed chassis that have previously been taken into account by the Department for Transport’s regulations, allowing MBPs to operate at design weight, which is typically 42 tonnes.

Jobs at Risk
The Batched on Site Association has serious concerns that a reduction to a 32 tonne weight limit would deeply impact the output of the sector, increasing operating costs, reducing productivity, and ultimately incurring heavy sector losses and job cuts in predominantly small, privately owned UK businesses.

“The Batched on Site Association works in close consultation with the Department for Transport to constantly improve the safety, service, and environmental footprint of the sector,” said Chris Smith, Chairman of the Batched on Site Association. “However, we have serious concerns about the Government’s current consideration to reduce the operating weight of these machines to 32 tonnes. This would significantly reduce capabilities to the point of putting the majority of operators out of business, threatening a £210m sector of the UK economy that has grown even in-spite of the recession, and currently accounts for an estimated 3,150 jobs. We welcome the proposal to improve the safety of the sector by implementing mandatory annual tests and routine inspections, something which the BSA’s members have been voluntarily carrying out.”

The Batched on Site Association launched its own Charter in 2014, aimed at ensuring greater standards within the industry and including initiatives such as recommending voluntary roadworthiness testing and regular maintenance inspections, and implementing significant steps to help improve the safety of vulnerable road users, such as requiring BSA Members to include underrun bars for the protection of cyclists.

About the Batched on Site Association
The Batched on-Site Association (BSA) is the trade body for the UK mobile batching plant (also known as “Volumetrics”) sector. It was established in 2007 to represent the interests of mobile batching plant operators nationwide, and now has circa 75 members. For more information please visit www.batchedonsite.org.uk.