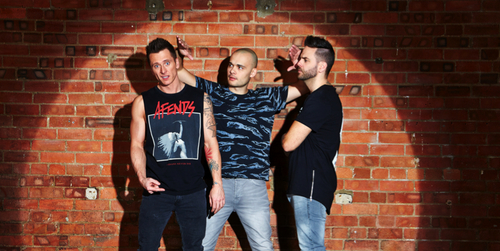 In four weeks the popular 1990s boy band Five will be performing at a milestone event for the Lauren Currie Twilight Foundation. The Glasgow Radisson Blu Hotel will play host to the event on Friday 16 September 2016 which will see the charity reach its £500,000 donation mark.

Following the success of last year’s highly popular event, which featured The X Factor winner Shayne Ward, the Black & Red Ball has confirmed Five as its headline act. The boy band rose to fame in 1997 with their debut single “Slam Dunk (Da Funk)” which claimed the number 10 spot in the UK singles chart before becoming the NBA’s theme tune. They later went on to release tracks such as “If Ya Getting Down”, “Everybody Get Up” and “Keep On Movin’” which have become some of the most recognisable tunes from the era.