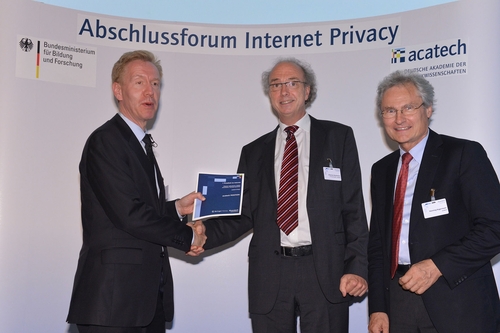 Berlin, 15 May 2013. acatech – National Academy of Science and Engineering supports the development of a culture of Internet privacy. In its new POSITION PAPER “Internet Privacy”, the Academy recommends that the way in which education, regulation, business and technology interact should be shaped in such a way as to allow optimal development of the basic European civic values of free self-determination, political participation and economic wellbeing. To this end, acatech presented an extensive series of recommendations in Berlin on 15 May 2013, together with prototype software for a privacy agent designed to support effective privacy protection for members of the public.

There are now more than 1.5 billion Internet users around the world, with at least 50 million in Germany. One particularly important feature of the Internet is that it promotes free self-determination, democratic participation and economic wellbeing. Information and educational content on the Internet...