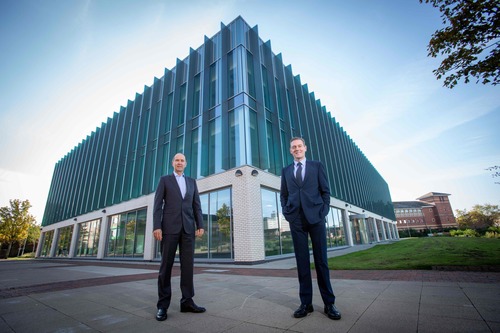 The GBP5.3bn Teesside Pension Fund has invested GBP20m in GBB, a ground-breaking new bank with a mission to get ‘Britain and the regions building again’.

The investment comes at a good time for GBB, which recently announced it will headquarter its operations in Middlesbrough. An initial team of 60, growing to 120, will be based in a new 11,000 sq ft space in the town’s purpose-built 2 Centre Square, Grade A office development.

Currently a ‘bank in waiting’, GBB expects to secure its provisional banking licence later this Autumn when it will trade as GB Bank. Once formally up and running it expects to lend GBP385m in the North East to kick-start residential and commercial projects.

As GBB then expands across the North, Midlands and other parts of the UK, it aims to lend circa GBP3bn over 5 years building a GBP1bn-plus balance sheet. It will fund around 20,000 homes and several million square feet of office space, along the way supporting...