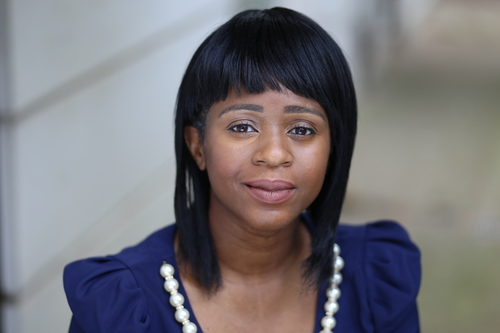 
Having become the first Black British female to be honoured by the Queen for services to dermatology in 2017, Clare Anyiam-Osigwe will join another illustrious list next month when she becomes the 6th Black British female director in history to have a feature film released in UK cinemas with her debut feature, 'No Shade' on Friday the 2nd of November.

Today's announcement follows the successful premiere of the film in Cannes, Washington and London where it opened this year's British Urban Film Festival (BUFF). Written & directed by Anyiam-Osigwe, the award-winning dermatologist puts colourism and the problematic nature of skin-tone preference in the spotlight.

Historians have to go back over 2 decades to find the first Black British female director to have secured UK cinema distribution - a revelation in itself given that British cinema has had a storied history going back over a century.

In 1995, Ngozi Onwurah secured a release for 'Welcome II the Terrordome' and was seen as a trailblazer in the industry. Many hoped that this marked the beginning of additional opportunities for black female directors. British audiences had to wait nine years for history to repeat itself, with the 2004 UK theatrical release of Amma Asante's BAFTA award-winning debut, 'A Way of Life'.

It was another nine years before Asante directed her sophomore feature, 'Belle' (2013), followed 3 years later by 'A United Kingdom' (2016). 2014 saw the release of 'Gone Too Far', directed by Destiny Ekaragha and in 2015, British audiences saw Debbie Tucker Green become the 4th Black British female director to have a release with 'Second Coming'.

Last year saw the release of BAFTA award-winning 'I Am Not a Witch' by Zambian-born Welsh director Rungano Nyoni. Anyiam-Osigwe (born in Islington) completes the list of 6 and will be releasing 'No Shade' in selected cinemas nationwide from November the 2nd.

Speaking ahead of the release, Mrs Anyiam-Osigwe said: "From 'Welcome II the Terrordome' to Wakanda in 'Black Panther', black directors have taken ownership on the constant feud that prevails amongst black people concerning what it means to be black and what it means to be favoured amongst one's own race. Spike Lee has embraced this issue more than most with films such as 'School Days' in the 1980's and 'Jungle Fever' in the 1990's.

Today in 2018, I find myself taking ownership on the same issue albeit from the perspective of a dermatologist who has seen and heard from clients first hand, the long term effects of colourism".

'No Shade' explores the hardships of the modern dating world through the dysmorphic presence of colourism as well as the fetishization of black women in a way that is tactful and honest.
Jade (played by actress Adele Oni) is both effervescent and relatable as a 28 year old single woman of dark complexion who just “can't seem to get it right,” let alone liberate herself from her unrequited love for the repressive and colorist Danny (played by Kadeem Pearse).

Watch the film's new featurette and view its new poster exclusively at www.noshadefilm.com

For interviews with writer/director or cast: contactus@opcomms.com