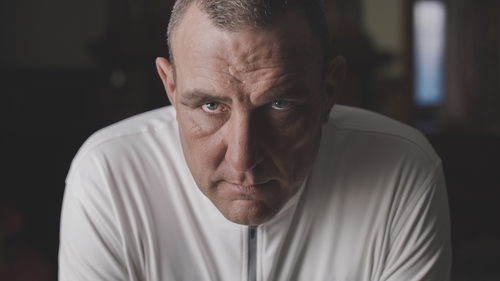 “There is an ambition in the city to showcase all that is great about Leeds, nationally and internationally.

Leeds is all set to welcome a new, ambitious and exciting cultural festival to its events calendar this spring. Say hello to Leeds International Festival (LIF) taking place from April 22nd-30th.

LIF will focus on three main strands: music, moving image and technology, showcasing the best of what Leeds has to offer, with a stellar line-up including film premieres, headline performances, exhibitions and conferences, with keynote speakers leading the debates.

As home to world-leading technology brands, an influential and innovative music history and the city which brought the world the moving image, the festival acknowledges and celebrates the international appeal of Leeds’ rich and vibrant portfolio.

A whole host of music events will happen across the week with the music strand featuring acts like Wire, White Lies, Maximo Park, Pigeon Detectives, Temples and Nubiyan Twist.

As well as the “Empowering Woman with Tech” conference, Technology offers up the Leeds Digital Job Fair, the launch of an exciting new experience from Tick Tock Unlock at Trinity Leeds, a huge Hey! Conference, conversations about Cyber Security and a brand-new family event called "Make, Believe – Inventing the Tech of the Future".

Alongside music, moving image and technology, the festival will provide fashion and food-related fringe events, linking into new cultural projects like Fashion in Leeds and Leeds Indie Food.

Andrew Cooper, Chair of Leeds International Festival and LeedsBID Chief Executive, said:
“There is an ambition in the city to showcase all that is great about Leeds, nationally and internationally. The LeedsBID’s business plan highlights the need to help raise the city’s profile by identifying gaps and opportunities to bring new exciting signature events to the city’s calendar, working collaboratively with businesses and organisations on delivery, and maximising investment and driving footfall. This year’s festival is hopefully the start of a showpiece annual event for Leeds - the foundation for a bigger and even more ambitious LIF in 2018.”

Cutting edge music in the heart of the city:
LIF music is led by Live at Leeds, winner of the UK Festival Award for Best Metropolitan Festival. LIF will host a diverse range of music events including live performances, an Unconference (28th April), workshops and industry events across the week.

Director of Music, Colin Oliver said:
“This is a fantastic opportunity for the city to celebrate its musical heritage and look to the future to develop an inclusive program that showcases the city’s talent — whatever musical genre. The Leeds International Festival also gives us the opportunity to attract performers from further afield, and helps to cement Leeds as an important destination on the international music touring map.”

Premieres in the birthplace of film:
LIF 2017 will see the screening of two premieres: “Do You Want To Win?” a special documentary on Leeds United and the latest instalment in the Music in Leeds film series, produced by City Talking and the BBC.

Screen Yorkshire will also host an industry screening and workshop with some of the region’s greatest filmmakers.

Director of Moving Image, Lee Hicken said:
“Thanks to Louis Le Prince, Leeds is the birthplace of moving image. From day one, we knew Leeds International Festival needed to have a big focus on moving image to drive the industry forward, commission new work and help inspire the next generation of talent.”

The Future of Tech:
This year’s tech strand will celebrate future trends and the evolution of technology in Leeds. Innovative events include “Empowering Women with Tech”, a one-day conference featuring female industry leaders as diverse as Lauren Laverne, Susie Bubble and Emmy Lovell, VP of Digital for Warner Music Group.

Director of Tech, Natasha Sayce-Zelem said:
“As a proud woman in tech in Leeds, I’m really excited to be directing the technology strand of LIF. I’ve curated this year's strand around emerging tech trends; from Virtual Reality to cyber warfare and security, to addressing the digital skills pipeline issue. We also explore themes around futurology in tech, robotics and gaming.”

Work has already begun on Leeds International Festival 2018, which will take place over two weeks and attended by expected audience of over 100,000 people.

- “A Day of Games” hosted by Games Republic 27th April

- “Make, Believe – inventing the tech of the future” 29th April