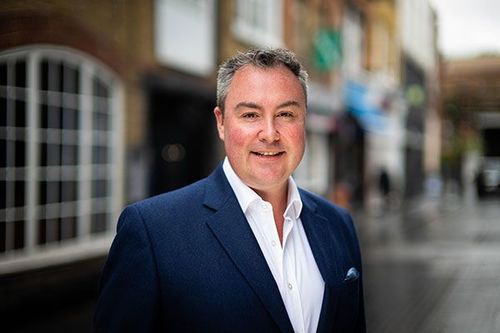 With China dominating the news of late, this novel, the first in the Luke Frankland Trilogy, could be considered fiction on the coat-tails of reality, however, the truth of the matter is much stranger!

A semi-biographical novel based on Tim Hind’s real experiences within the worlds of intelligence, cyber threats and political intrigues spanning over two decades, makes this story, grounded in fact, more terrifying than the current news headlines.

Luke Frankland, a junior intelligence officer just home from the Iraq War, finds himself cast into a world of cyber espionage and state-level politics. Out of his depth and with no one in the Government heeding his warnings, he forms a makeshift team and tries to establish who is waging a new kind of war from behind a keyboard. The truth will leave him plunged into an arena he little expected and where the real cost is not measured in 1s and 0s but in human life.

In The Best Interests is the first in a series of novels based on the real-life experiences of the author within the world of cyber warfare and espionage, first as a British military intelligence officer, then as a director in a top-five global bank and latterly as a VP of a private Cyber Intelligence start-up company that ultimately sold for over a quarter of a billion US Dollars.

All of this whilst treading the tightrope of his functioning alcoholism and hidden homosexuality.

Tim Hind says “I have wanted to write a novel for many years and could not have imagined that at the point of In The Best Interest’s release, we would be seeing for the first time, a world leader standing up and saying no to China. I have watched the situation with great interest and know from experience that what’s happening now is part of a very long game by China. Writing a novel based on my life and career has reminded me of many great friends and some of the betrayals I have lived through.”

In The Best Interests is due for release Thursday 13th June.

Tim Hind was born in Sunderland and joined the Royal Air Force as a Commissioned Officer in the Intelligence Branch after reading Law at university. During his time in the service, he initially focused on the Middle East and then specialised in cyber warfare.

He later joined Barclays Bank in a Global Information Security role with stints in the Middle East and emerging markets and subsequently headed up the bank’s global cyber intelligence capability.

Tim is currently a Director of cyber intelligence teams located in Europe, the Middle East, Africa and the Asia/Pacific regions, who service clients globally in the public and private sectors.

He lives in London and when not travelling the world for business or pleasure, enjoys reading biographies, cooking, fell walking and skiing. He is also a qualified scuba instructor and, by his own admission, a commercial aviation geek. Despite all of these activities, he is most happy when at home surrounded by friends and family.

Chronos Publishing is an independent publisher and part of the FCM Group, which also incorporates independent publisher FCM Publishing & FCM Media, an online marketing agency. Here at Chronos Publishing we specialise in telling stories. Whether autobiographical, biographical or novel we understand the value in ensuring your book reaches the right audience. We believe that storytelling days are far from over and we champion authors with incredible stories and fantastic imaginations.