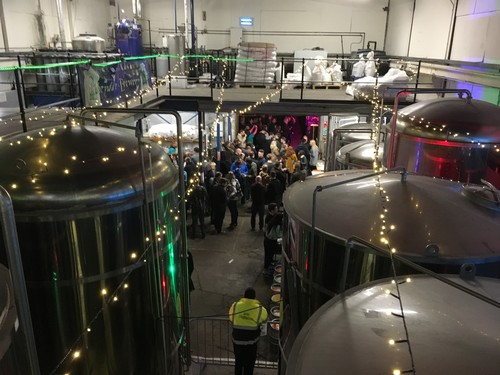 The Sheffield-based Abbeydale Brewery has leveraged the power of crowdfunding – an approach to sourcing investment that is more commonly associated with technology and engineering projects – to throw a huge 21st birthday party, raising a crowd and paving the way to a new, bigger, brewery.

Crowdfunding uses the power of the internet to raise money, and interest for a project or firm from contributions from a large number of people. In Abbeydale’s case, backers could secure entry to the party, brewery tours, beer tastings and much more. The campaign, which targeted just £21 in a nod to its 21 years of brewing, raised £6,435 from 269 supporters in 34 days – and more importantly attracted over 550 participants.

The ‘Piss-Up in a Brewery’, as the event is named, took place on Saturday 6 May and saw more than 550 ale enthusiasts explore the brewery, trying some exclusive brews,...