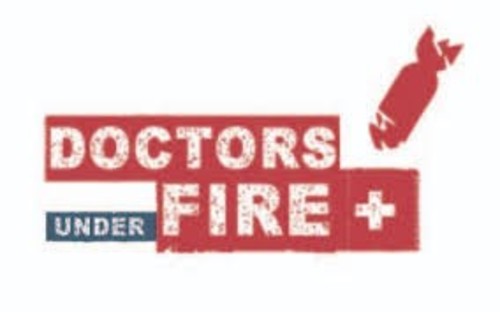 Does the unprecedented rate and frequency of attacks on health and facilities globally signify the end of International Humanitarian Law?

On Friday March 16, a Question Time-style panel and audience discussion, called ‘Attacking Health: The End of International Humanitarian Law?’, will take place at the Magdalene College in Cambridge, UK. Hosted by Dr Adam Coutts, Department of Sociology the discussion will feature Doctors Under Fire and will be chaired by Sir Stephen O’Brien.

Years of attacks on civilians, health facilities and healthcare workers in Syria, Yemen, South Sudan and the Central African Republic have demonstrated the challenges of implementing international humanitarian law and getting warring parties to adhere.

Does the unprecedented rate and frequency of attacks on health and facilities globally signify the end of International Humanitarian Law? Why have our global legal frameworks been unable to protect places of care and those who serve in them?

Former British Army Captain, Dr Saleyha Ahsan from London said, “If those entities, instruments and organisations that exist to protect those most vulnerable at times of war are failing, then is it time to re-consider their current worth? The experience of Syria and the repeated vetoes by Russia on humanitarian matters related to the people of Syria at the UNSC has led us to a point where we need to gather, re-think. It is time to construct a mechanism that will protect, no matter how complex the war. What we have now is not working and as a result lives are being lost and suffering at a level that many of us can only imagine ensues. Collectively as a global community, as things stand now, we are failing. It can’t continue.”

Hamish de Bretton-Gordon OBE, a specialist in the military, law enforcement, industrial and firefighting said, “My first major operation was the first Gulf war. I then served in the Bosnian and Kosovan wars, the second Gulf war and service in Afghanistan. In these conflicts the Red Cross and Crescent meant hallowed protected areas and people. My recent experiences in Syria have been the antipathies of this, with these symbols becoming aiming markers rather than areas of ring-fenced protection. The targeting of hospitals and medics is designed to brake the will of the people and is a crime against humanity itself.”

This event involves a distinguished panel from medicine, media, international law and politics to discuss recent events in Eastern Ghouta, Syria and their implications for humanitarian affairs and diplomacy. They will all answer the question, is this the end of international humanitarian law?

The event is being hosted by Dr Adam Coutts, Department of Sociology and is free and open to all. This discussion is of interest to those studying international law, development and the Middle East, or who simply have a passion for the subject.

The discussion will take place on Friday March 16, 2018 between 17:00-19:00 GMT at the Magdalene College in Cambridge. A map of the location can be accessed by clicking here.

Chair of the Event: Stephen O'Brien

The Rt Hon Sir Stephen O’Brien is a British statesman who has recently completed his term as United Nations Under-Secretary-General for Humanitarian Affairs and Emergency Relief Coordinator. After serving as a Conservative MP and in various shadow ministerial roles, he was appointed the Prime Minister’s Envoy and UK Special Representative to the Sahel in Africa, and later on United Nations Emergency Relief Coordinator, leading the Office for the Coordination of Humanitarian Affairs.

As the world’s leading advocate for crisis-affected people, he argued for compliance and accountability under International Humanitarian law and unimpeded access to people in need. His responsibilities included oversight of all UN humanitarian operations globally, and leadership of coordination mechanisms between UN agencies and other partners. In recognition of his leadership and achievements in humanitarian and development work, Stephen was awarded a Knighthood (KBE) in June 2017.

Speakers on the Panel

For the past twenty-three years David Nott has taken unpaid leave each year to work for the aid agencies Médecins Sans Frontières, the International Committee of the Red Cross and Syria Relief. He has provided surgical treatment to the victims of conflict and catastrophe in Bosnia, Afghanistan, Sierra Leone, Liberia, Ivory Coast, Chad, Darfur, Yemen, the Democratic Republic of Congo, Haiti, Iraq, Pakistan, Libya, Syria, Central African Republic, Gaza and Nepal.
As well as treating victims of conflict and catastrophe and raising hundreds of thousands of pounds for charitable causes, David teaches advanced surgical skills to local medics and surgeons when he is abroad.

In London, he teaches the Definitive Surgical Trauma Skills (DSTS) and Surgical Training for the Austere Environment (STAE) courses at the Royal College of Surgeons. In 2015 David established the David Nott Foundation with his wife Elly. The Foundation will support surgeons to develop their operating skills for warzones and austere environments.

He is also a director of the NGO ‘Doctors Under Fire’ and an advisor to the Syrian Medical charity UOSSM. Hamish served 23 years in the British Army including service as Commanding Officer of the UK CBRN Regiment and NATO's Rapid Reaction CBRN Battalion. His operational deployments included the first Gulf War, Cyprus, Bosnia, Kosovo, Iraq (multiple tours) and Afghanistan (two tours) and has been in Syria & Iraq frequently in the last three years. This considerable experience in the field places Hamish as one of the world’s leading and most current experts in chemical and biological counter terrorism and warfare, and in 2005 he was appointed an OBE for his exceptional performance.

Hamish joined Avon in 2014 from SecureBio Ltd which he founded 5 years ago. He has worked with the Kurdistan Regional Government in Northern Iraq to decontaminate Halabja, and has most recently provided guidance to civilians, UK Government and the international community on safety round chemical weapon use in Syria and Iraq. Hamish has worked in Syria during the current conflict advising UK based charity Syria Relief and UOSSM on treating the victims of chemical weapons attacks and collation of evidence. He advises the Peshmerga on CBRN matters trained them on a number of occasions recently to counter the ISIL chemical attacks in N Iraq.

Hamish is probably the leading expert on ISIL CBRN capabilities and plans. He also travels regularly to Iraq and other Middle and Far Eastern countries advising on CBRN Counter Terrorism. Today Hamish gives advice to senior UK Government and military members on CBRN and Syria, and is frequently seen on global news channels providing expert commentary, and writes in UK, Middle East and US news journals. He helps Bear Grylls write his new fiction adventure series; Ghostflight, the first of the trilogy was published in Jul 15 and Burning Angels the second in Jul 16, both are international bestsellers.

Dr Saleyha Ahsan is on the front line of medicine, currently working as an emergency medicine doctor in Bangor Hospital, North Wales. She also works as a humanitarian doctor in conflict zones and has been studying and following the targeting of healthcare in war since the 1990s. This work has taken her to Kashmir, Palestine, Libya and Syria. She's a former British Army Captain who served in Bosnia, as part of the Nato Stabilisation Force as a medical support officer. It was there she was inspired to retrain as a doctor. Saleyha has a Master’s degree in International Human Rights and Humanitarian Law and works as a freelance filmmaker and journalist reporting on international stories, particularly global health as well as on healthcare in the UK.

Saleyha featured in Panorama's Saving Syria's Children observing the life of medics and their patients during the war in 2013. She contributes to the Guardian's Comment is Free pages in matters relating to conflict, health, civil liberties and humanitarian law. She is a founding member of Doctors Under Fire and the Phoenix Foundation and she is proud to be a trustee for Internews Europe and the Frontline Freelance Register.

He is member of the Bar of England and Wales and the co-founder Guernica 37 International Justice Chambers, President of the International Forum for Democracy and Human Rights and the Founding Partner of the TMC Advisory Group. Toby lectures extensively on international humanitarian law, criminal procedure and human rights law and has provided extensive advice and training to judges, prosecutors and defence lawyers throughout the Balkans and Southeast Asia.

Saleyha Ahsan, Hamish de Bretton-Gordon and other members of the panel are available for interview.

Doctors Under Fire focuses on raising concerns regarding years of attacks on civilians, health facilities and healthcare workers in Syria, Yemen, South Sudan and the Central African Republic. These events have demonstrated the challenges of implementing international humanitarian law and getting warring parties to adhere.