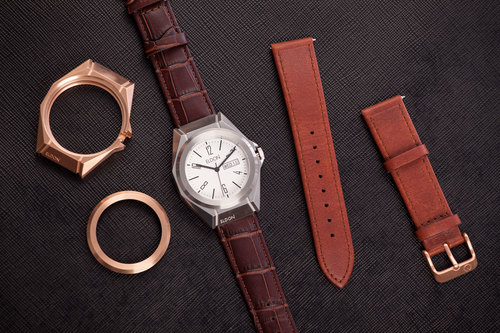 New British watch design company Eldon Watches has created a brand new series of beautiful watches, which allows the user to customise every aspect of their watches appearance. This new start-up based in Birmingham is hoping to raise £10,000 via a new Kickstarter campaign to help launch the start-ups new watch range and has its eyes set firmly on the high street.


When a person usually purchases a watch, as beautiful as the watch may be, they are stuck with the way it looks. You can sometimes change the straps, but even this can be a tricky task which can often cause damage to the watch if done incorrectly.

Eldon Watches hopes to change this for the first time by selling a new type of watch with the ability to change the straps, bezel, the stainless steel casing and even the watch face.
...