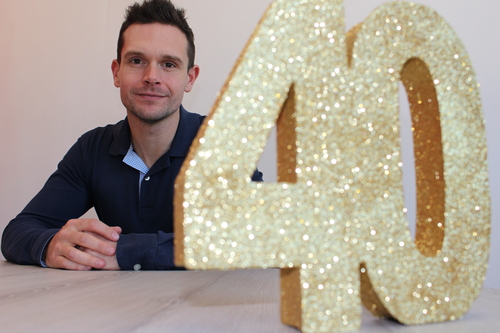 Peterborough based IT specialists and software developers, Kamarin Computers, are celebrating their 40th year in business this month, in a year which has seen record levels of performance and the successful launch of a new product.

Kamarin Computers was formed in 1981, initially providing accounting software to local businesses but soon found its niche in software development. The focus primarily on development and add-on software from Kettering based developers, Pegasus. During the 1980s and 1990s Pegasus had a huge share of the accounting software market and Kamarin quickly grew their reputation as both a leading provider of the software and the go-to developer for enhancements and bespoke work.

The company grew steadily over two decades before being purchased by The HBP Group in the early 2000s where they joined forces with Lincolnshire based HBP Systems, another leading Pegasus partner and IT support company. Working together, Kamarin not only grew their base of accounting software and IT customers but also began working on developing an EPOS (electronic point of sale) solution, which now forms a significant part of the business.

Officially launched in 2007, KCPOS provided touch screen tills and integration into accounting software, such as Pegasus, which revolutionised the way many small and medium sized retailers worked, saving them huge amounts of time and generating insightful reports about their performance.

With over ten years of enhancements, developments and sales behind them, Kamarin found themselves supporting businesses across the country with EPOS systems and found a particular specialism amongst tourist attractions.

Despite being launched in lockdown, VisiSoft has already been well received with Kamarin now the supplier of choice for tourist attractions such as The Eden Project, Paultons Park, Peppa Pig World and The RAF Museum, to name just a few.

With the growth of KCPOS and VisiSoft, Kamarin Computers now turnover around £3 million and employ over 20 staff from their office in Peterborough.
George Smith took over as Managing Director in 2017 and has seen significant growth in his time at the helm, but is confident that this is just the start of a bright future,

“Kamarin Computers has such a rich history, which has got us into a fantastic position today but I’m really confident about the future and what we can achieve. We already have a fantastic offering in terms of both accounting software and IT support for local businesses, but are also providing EPOS systems to companies across the country and we’ve only just got started. Officially we launched VisiSoft just 18 months ago, but the launch was hugely disrupted by the pandemic, so what we’ve achieved in such a short time has been astounding. I can’t wait to see what opportunities present themselves to us in the future and hopefully it’ll just be the beginning of another 40 years in business.”