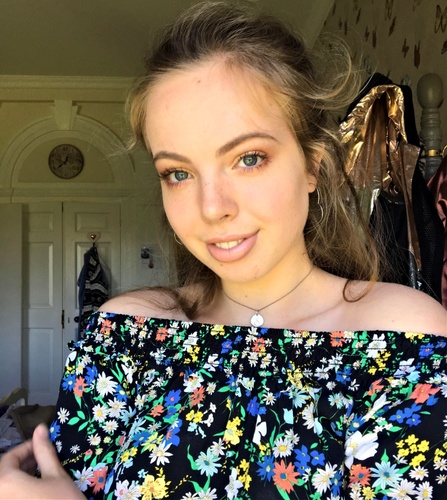 Sophie-May Lake, a 16 year old student from Hertfordshire, reveals the extent of the effects of student ‘burn out’.

“I don’t think I have gone a single day at school without one of my friends complaining that they’re tired.”

“I remember one particular week, at the start of Year 11, when I had a music concert (in which I was performing in a band and two choirs), a semi-final of a netball competition, two English mock examinations AND a whole school science trip that I had been looking forward to for months. But nevertheless I was ill, very ill. I had the flu and was bed bound for most of the week, likely to have been caused by overworking and lack of rest in the weeks prior to this. It meant I missed out on all of those events that I had been preparing for for ages and, to be honest, made me feel super sad.”

The natural immune boosting UnBEElievable Bee Prepared Max Strength supplements will be more helpful than ever for those wanting to do their best this academic year.

Get more exercise. Get those endorphins flowing. Endorphins reduce stress and give you a positive boost in mood!

Have things to look forward to! Coffee with friends, a trip to the movies. It’s about the little things.

Eat well! By well we mean healthy. Lots of antioxidant rich fruits and veggies, and of course, plenty of water.

Give your immune system a natural boost with a UnBeelievable Health Bee Prepared Max Strength.

Try a social media detox. Chances are much of your work will be screen based anyway, so make your time out screen-free and get some fresh air.


Sophie-May has been using Bee Prepared MAX Strength formula for the past few months.

How quickly did it help?

“I would say straight away! I haven’t had any illnesses since I started taking them in March, even though I have been studying and taking GCSE’s during that period. It’s normally around May that I start suffering from hayfever, however I am yet to feel any symptoms. During the summers of the last 4 years I have suffered from really bad hayfever. This is the first year that I basically haven’t noticed any symptoms yet.

“How does MAX strength Immune Formula make you feel better?
I have felt a lot more energised during the day, meaning I can focus on my work better and have energy to get more work done and keep going for longer. I have definitely experienced fewer ‘burnouts’ during study leave which is great for my mindset.


Wellness is the world’s fastest growing trend and the health and wellness industry is worth $4.3 trillion.

Ethical British brand Unbeelievable Health creates targeted nutritional supplements which are sold in over 1200 stores. They are formulated by nutritionists, & are unique in that they combine bee superfoods such as propolis & bee pollen, with plant based nutrients all of which have proven benefits, yet are not found in a regular diet or multivitamin. They are great for colds, flu, hay fever, travel health, energy & focus.

They are Vegetarian Society Approved & have won 10 industry awards.

The supplements are currently sold in most key independent health stores in the UK & Ireland, & the products can also be found in Wholefoods Markets, Planet Organic, John Bell & Croyden (chemists to The Queen), Holland & Barrett & now Boots & more- including numerous outposts worldwide.

Founder Sarah Orecchia created the company 6 years ago with the help of a team of nutritional experts, a director from Solgar and several health industry veterans. The Bee Prepared range was immediately taken on by most of the key health retailers including Wholefoods, Planet Organic & Revital & was listed in Holland and Barrett soon after. Unbeelievable just won their 10th industry award.

Bee Prepared Immune Formula Max is a more concentrated version with the addition of reishi musrooms and astaxanthin and is ideal when one feels an illness coming on & during times of high pollen count or when the immune system needs an extra boost.