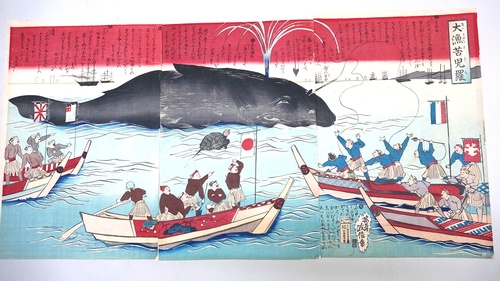 THE ANTI-WHALING DOCUMENTARY “THE COVE” WON AN ACADEMY AWARD IN 2010. BUT WAS IT ENTIRELY TRUTHFUL?
THIS IS JAPAN’S FIRST ON-FILM RESPONSE TO THE COVE AND MORE...

Although the whaling problem continues to be in a state of stalemate for many years without any real resolution, “Behind THE COVE”, a film which voices the opinion of the Japanese, has being nominated for Best Feature Documentary and Best Director of a Feature Documentary at the London International Filmmaker Festival, to be held in London.

Negative media coverage on the never-ending...