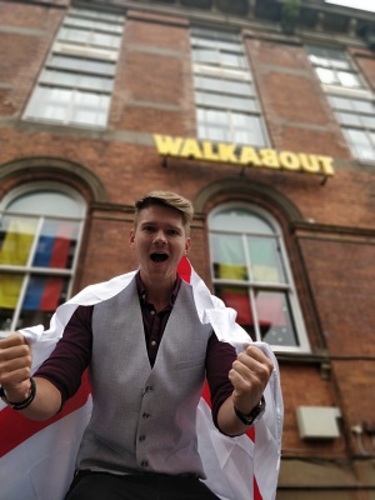 So far, we’ve seen eleven goals for England and twenty nine countries exit stage left, but there are still Three Lions… and only one Gareth Southgate!

Tens of thousands have followed every kick of the tournament at Walkabout and with footage of fans celebrating within the Sheffield bar going viral, it’s no surprise the top sports bar is incentivizing their customers to go one step further for today’s semi-final match and hopefully the final later this week.

Walkabout officially registered ‘National Wear a Waistcoat Week’, for fans to stand a chance to win a replica World Cup trophy and their own VIP experience for the final worth over £500, simply by uploading a picture of themselves wearing a waistcoat in Walkabout.

So as the Country descends into waistcoat hysteria, dig it out, wear it with pride and post your picture this Wednesday as England face Croatia – #GarethSouthgateWould!

Join in the conversation:

Our ‘bar to boardroom' training ethos has resulted in the following national awards, including: