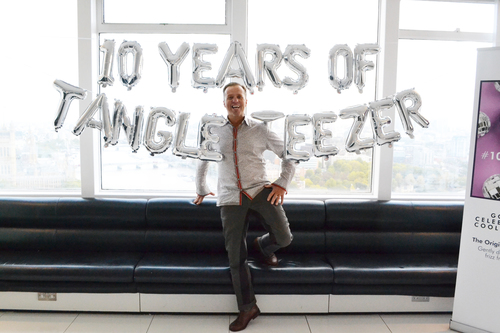 · Shaun is one of the most successful Dragons’ Den rejects


Ten years ago, hair colourist Shaun Pulfrey stood nervously in front of five Dragons to pitch his idea for a new type of detangling hairbrush. Seeking an investment of £80,000 for a 15% stake, He claimed that his invention, the Tangle Teezer could glide effortlessly through all types of hair, smoothing knots and tangles without pain or damage, unlike any other hairbrush on...