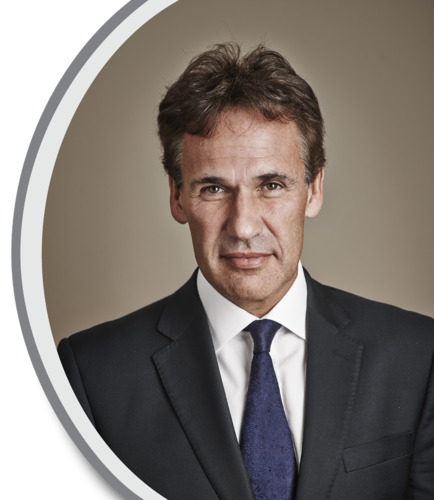 The number of legaltech start-ups is now “burgeoning”, Professor Susskind has claimed, with obvious delight. Speaking at the British Legal Technology Forum (#BLTF2018) earlier this week, he said: “A few years ago, there were around 200 legaltech companies. Now there are more than 2,000.” This market expansion was being driven by the increased availability of private equity finance for this type of technology, coupled with the growing awareness of legaltech by in-house lawyers, Professor Susskind explained. The combined effect of these two dynamics was that law firms could no longer pay “lip service” to their own use of legaltech, he added.

The growing interest in legaltech was also evident by the fact that the BLTF2018, organised by Netlaw Media, sold out four weeks before the event took place. Among the 1,300 attendees, more than 30 countries were represented, drawn from more than 700 law firms, chambers and in-house legal departments. Representatives from 94 legaltech exhibitors were also present.

One firm who had taken a proactive approach to legaltech investment is Mischon de Reya (MDR). Kicking off this year’s BTLF, the firm’s Managing Partner, Kevin Gold, confirmed that his practice has selected two new legaltech start-ups to join its MDR LAB programme. The identities of the successful candidates – chosen from a total of 120 applicants – would be revealed shortly, he said. The six previous MDR winners has spent 10 weeks working alongside the firm’s lawyers, developing and trialling their legaltech products, Mr Gold added.

One specific legal technology that is currently enjoying a very high level of interest is legal artificial intelligence (AI). Indeed, so strong is the interest in legal AI that Professor Susskind observed that the term was rapidly becoming a verb – that is, “we can AI that”. Unfortunately, Professor Susskind said, this phrase was often used by individuals “who would struggle to distinguish between a neural network and a custard cream.” People often randomly proposed the application of AI technology in meaningless ways, he added.

The perception that many law firms were not entirely sure how to deploy legal AI solutions was echoed in a presentation given by Professor Katie Atkinson, Head of Computer Science at the University of Liverpool. “I get a lot of law firms coming to me and saying ‘we need to do something about AI. Can you tell me what to do?’”. For Professor Atkinson, the key question that law firms should instead be asking themselves is: “What problem do you have, that you are trying to solve, that you think AI could help with?” The answer to this question, she explained, would determine whether it was best for a firm to purchase an off-the shelf legal AI product, build a solution internally, or partner with an academic institution to develop their ideas.

Elsewhere in the conference hall, various speakers were quite clear about how legal AI could be deployed in the real world. Representing the vendor community, Luminance CEO Emily Foges revealed that her platform had expanded beyond its initial role in assisting with M&A due diligence, and could now be used to identify contracts that may not be GDPR compliant. And, representing the law firm community, Clyde & Co Chief Information Officer, Chris White said that he expected that, in the near future, around 80 per cent of the firm’s conflict checking work would be undertaken using AI-powered software rather than humans. At present, this labour-intensive task requires 30 people, he explained. Meanwhile, the discussion on AI-powered legal chatbots was standing room only as delegates packed in to hear rradar CEO Gary Gallen and LawDroid CEO Tom Martin share their experience of real-world solutions deployments.

In the final panel discussion of the day, keynote speaker and former Chief Envisioning Officer at Microsoft, Dave Coplin, raised an important challenge regarding the usage of AI-based software – the danger that AI-assisted tools might produce results that mirror the inherent bias found within data they evaluated. To illustrate his point, Mr Coplin offered the example of a crime prediction AI tool, used by a North American law enforcement agency. Because this algorithm was basing its predictions on 100 years of crime data, those who used the tool had become increasingly concerned that it was producing inherently racist crime location predictions, he said. Going forward, he suggested, AI developers should be able to introduce safeguards that mitigated against this risk. However, he then warned that there was a real risk that AI algorithms may soon become so complex that no human could comprehend how they reached their conclusions – even if the AI system declared its working.

Commenting on the day’s proceedings, Netlaw Media’s Managing Director Frances Armstrong, said: “This year’s BLTF offered delegates more than 50 thought provoking debates, demonstrations and presentations, delivered by a wide range of law firm leaders, academics, in-house counsel and technology experts. What’s fascinating is that, when Netlaw Media held its first BLTF event just four years ago, legal AI was mainly of interest to academics. Yet, by 2018, we are seeing many leading law firms partnering with legal tech start-ups, and also deploying real-world legal AI solutions within their practices. It will be fascinating to see how the legal tech market evolves by the time that Netlaw Media holds its 10th BLTF in 2024.”

The 2018 British Legal Technology Forum will be the 19th event organised by Netlaw Media since the company was formed in 2008.

Like every other event organised by Netlaw Media during its ten-year history, this year’s British Legal Technology Forum has already sold out.