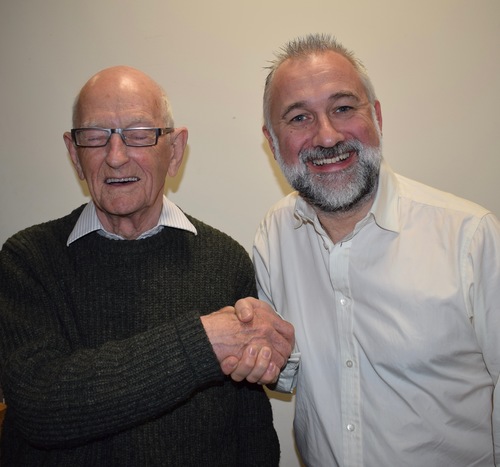 The AGM saw the transition of the Chairmanship from outgoing Chairman, Jonathan Guy to Alan Totton, followed by the election of Steve Speak to the position of Vice Chairman.

In his review of the year Jonathan remarked that it had been a good year for the Society with five different speakers presenting their displays, two members evenings where members showed different aspects of their own collection and two well supported auctions. There was also a successful trip to York stamp fair and a Summer Barbeque which was enjoyed by a number of members.

Jonathan said “We are delighted with the current strength of the Society and the part it plays in the local community and would encourage anyone with an...