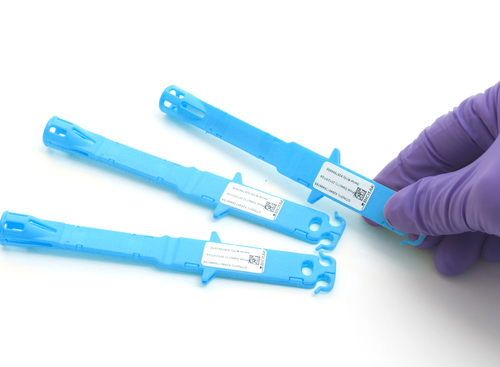 16th Feb 2017, London – Protak Scientific, the UK company leading the introduction of a revolutionary new science in decontamination validation worldwide, the Enzyme Indicator, have appointed Netsteril to bring the technology to Spain.

Enzyme Indicators are a new, viable and instant alternative to the current biological indicators used in decontamination validation. The 7-day waiting time to get the results of the Biological Indicators (BI) has come to an end. These new biochemical indicators allow results of validation of vapour decontamination with hydrogen peroxide (VH2O2) to be obtained in an instantaneous and quantifiable way. It is a disruptive technology developed by Public Health England (PHE), an executive agency of the United Kingdom’s Department of Health (UK DoH). Protak Scientific is the exclusive licensee of the technology for decontamination validation and has appointed Netsteril as the exclusive distributor in Spain.

The Enzyme Indicator is based on thermostable Adenylate Kinase, an enzyme whose presence and activity can be rapidly measured by luminescence assays. This enzyme, unlike many proteins, is very thermostable and resistant to oxidizing agents. It has a very predictable biphasic inactivation profile. These characteristics make it suitable for monitoring and quantification of oxidation decontamination processes such as VH2O2. Indicators with thermostable Adenylate Kinase (tAK), once processed, are used to catalyse a biochemical reaction with Luciferin / Luciferase. Such a reaction produces bioluminescence instantaneously. The individual photons of light produced by this reaction are recorded with a special Lunometer and an accurate measure of the degree of inactivation of the tAK indicator is achieved.

Phillip Godden, CEO, Protak Scientific explains, “The Enzyme Indicator is a surrogate of the Biological Indicator (Geobacillus Stearothermophilus). In order to check their reliability, they can initially be combined with biological indicators, both for cycle development and for validation. Once validation is concluded and its reliability verified, this new technology offers three great advantages - it gives quantitative results, for example a degree of reduction i.e. Log 6.55 reduction, it is instantaneous - amazingly in less than 3 seconds and Enzyme Indicators do not suffer rogue syndrome. No false positives. The enzyme indicators, provide immediate and quantitative proof that the decontamination cycle has achieved the expected results. And this, is a game changing revolution that radically changes validation as we know it.”

For more information on this technology visit Protak Scientific or to carry out a test with Netsteril in Spain, contact Netsteril on info@netsteril.com.

About Protak Scientific
Protak Scientific Ltd is a UK-based company. Protak Scientific was formed specifically to bring the new science of Enzyme Indicators to market and is led by CEO Phillip Godden. The market for this revolutionary technology is predominantly pharmaceutical companies across the globe that are likely to appreciate the many benefits Enzyme Indicators have to offer over and above the traditional Biological Indicator methods of decontamination validation. The savings to the bottom line will appeal to the Financial Director as much as the time-saving benefits will appeal to the microbiologists and validation teams. Protak has been working closely with Public Health England (PHE), an executive agency of the United Kingdom’s Department of Health (UK DoH) investigating tAK technology and Protak Scientific is now the exclusive licensee of the technology for decontamination validation worldwide.

Find out more about Protak Scientific