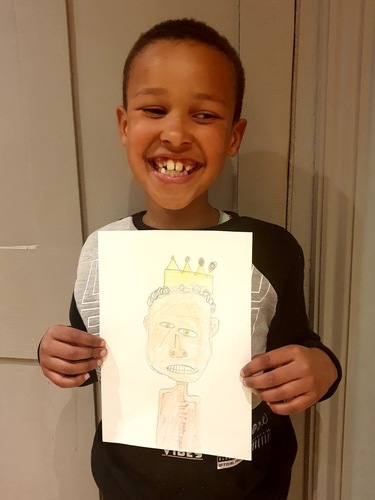 Queen Elizabeth II has been painted a staggering 967 times by world-renowned artists such as Lucian Freud, John Wonnacott and Isobel Peachey - even Prince Phillip painted Her Majesty having breakfast and now, it seems British children would like to have a go.

To celebrate the launch of My Little Masterpiece, a project to encourage children to swap their screens for outdoor play and more creative pursuits such as painting, drawing and building dens, British nappy care brand, Sudocrem surveyed* 1000 7 to 11 year olds and the Queen topped the chart as the person they would most like to paint, securing 46% of the votes. In second place was Ant and Dec with 12% of votes. Her Majesty “scored” higher than both Cristiano Ronaldo and Raheem Sterling combined (8% and 5% respectively). Interestingly (or bizarrely, depending on which way you look at it) Boris Johnson (9%) and Donald Trump (4%) both were favoured over the likes of Beyonce (2%) and Kim Kardashian, who was at the...