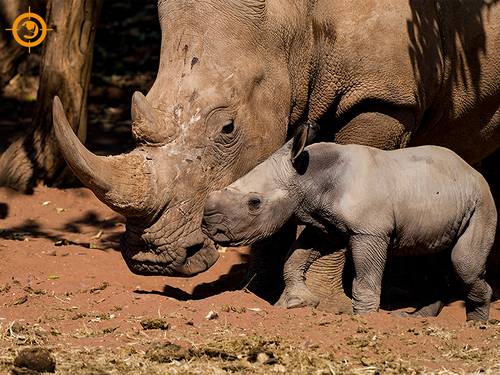 A baby white rhinoceros has been born to two rescued victims of poaching in Limpopo, South Africa.

The mother, Lucky, suffered gunshot wounds through the shoulder and narrowly escaped having her horns removed by poachers.

The father, Seha, unfortunately suffered horrific wounds extending into his nasal cavity after poachers hacked out his horns.

His owner had wanted to have him put down due to the severity of his injuries, but accepted the help of the conservation charity, Saving the Survivors.

By saving the life of these Rhinos, it has become possible for them to become parents to future generations, massively validating the efforts of these charities.

The injury that Seha sustained from having his horn removed in 2016 is one of the worst poaching-related injuries known, especially given that he survived the attack.

Poachers, in an effort to remove the horn, will hack out from just above the...